7 Foods That Make Your Pee Smell (Is This Good Or Bad?) 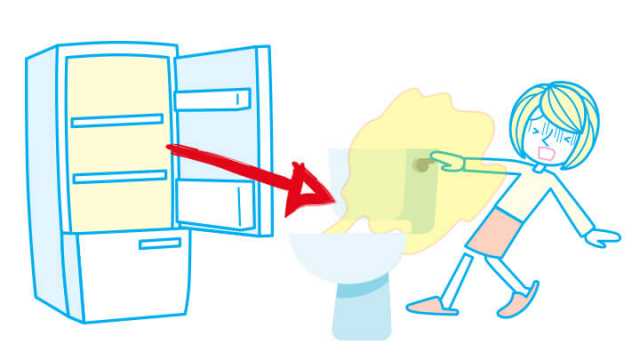 For many of us, it may seem a little gross to talk about, but our urine can actually tell us some important things about our health and the foods we’re eating. One of the factors to pay attention to is the way urine smells — which can be related to our dietary choices. Here are a few examples.

This is probably the food most widely known for changing the way our urine smells. So how can we explain this phenomenon? Asparagus contains asparagusic acid, which the body converts into chemicals that contain sulfur. This is what causes the odor. The sulfur-containing molecules are volatile, meaning their boiling point is low enough that they can vaporize at room temperature. That means when we urinate, they convert to a gaseous state and we’re able to smell those gasses.

Some believe the odor is related to sulfur-containing fertilizers used on asparagus, as well. Moreover, it appears that some of us can smell the sulfur in our urine, while others cannot. Researchers are still trying to explain this, though it may be due to genetic factors.

Have you ever had the experience of drinking coffee, then heading to the restroom only to have your urine smell — well, kind of like coffee, only stronger? Experts believe that this happens because coffee is a diuretic and it makes you need to urinate more frequently. As a result, the uric acid, chemicals and vitamins may be more concentrated in the urine, leading to a more pungent odor. Also, experts think that the insoluble oil released by coffee beans when they’re roasted may affect the odor of the urine, as well.

Like coffee, alcohol can have a dehydrating effect. This concentrates the compounds in the urine, which can sometimes impact the odor of the urine in a similar way. You may have noticed this after a night out with a few too many drinks. Yikes!

Most of us are aware of the fact that eating garlic can lead to bad breath. But it can sometimes affect the odor of your urine, as well. This is the case because it contains methyl mercaptan, the same sulfur compound that causes smelly urine when we eat asparagus.

Brussels sprouts are often viewed as a highly nutritious food. And that’s true! Many of us love them and others hate them with a passion. But whatever side you fall on, be aware that they can change the odor of your urine. They contain the same sulfur compound as both garlic and asparagus. It’s pretty nasty stuff — at least when it comes to smelly pee!

Salmon is loaded with omega-3 fatty acids and has a number of health benefits. One of the potential downfalls, however, is that it may change the smell of your urine. This is because it contains vitamin B6. Keep in mind, this is a good thing, as the vitamin is an important part of a healthy diet. However, consuming large amounts of the vitamin may make your urine smell a little strange. Some people report having the same experience when taking vitamin B6 supplements.

To many of us, bananas may seem like a pretty benign food. But, like salmon, they’re rich in vitamin B6. Therefore, they alter the odor of urine. This, of course, is more likely to happen if we eat larger amounts of bananas (or banana-containing foods) than if we simply eat a few banana slices on our oatmeal in the morning.

Is a change in urine odor a sign of health issues?

These are just a few of the foods that can impact the way our urine smells. There is significant evidence — both demonstrable and anecdotal — suggesting that many more foods have a similar effect.

So, is it a good thing or a bad thing when the smell of our urine changes? The answer is: it depends. If it is simply the result of eating asparagus, for example, then it probably has little impact on our overall health and it is not something we should be concerned about.

However, in some cases, the odor of our urine may say something more significant about the state of our health. For example, a change in odor may be a sign that you have a urinary tract infection. It’s also believed that very sweetly smelling urine may be a sign of diabetes.

What about color changes?

Changes in the color of the urine may be benign. Not drinking enough water during the day, for example, can make the urine a brighter shade of yellow. Once you notice it, stay hydrated and you’ll be fine. Certain foods like beets can give the urine a dark, purplish-red appearance. This can be alarming since it resembles the color of blood. However, it’s completely harmless.

Sometimes a change in color may represent something about the state of your health. Urine that’s consistently dark in color, for example, may be a sign of hepatitis.

Oftentimes a change in the color and odor of your urine is simply a harmless side effect of consuming certain foods. However, if the odor persists, or if you’re concerned about it, speak with a medical professional.

Speaking of pee, check out this next story below if you want an innovative new way to lose weight:

1 Simple trick to REVERSE your Diabetes, naturally (while getting off drugs ASAP)

Mike Geary has been a Certified Nutrition Specialist and Certified Personal Trainer for over 15 years now. He has been studying nutrition and exercise for almost 25 years, ever since being a young teenager. Mike is originally from Pennsylvania, but has fallen in love with mountain life and now resides in the picturesque mountains of Utah. Mike is an avid adventurist and when he’s not spending his time skiing, mountain biking, hiking, or paddleboarding on the lake, he has enjoyed skydiving, whitewater rafting, piloting an Italian fighter plane (seriously), scuba diving, heli-skiing, and traveling all around the world, enjoying learning about different cultures. At the age of 40, Mike now feels healthier, stronger, and more energetic than when he was 20... All because of a healthy lifestyle and great nutrition!
Previous Fight Off a Cold or the Flu with THIS Small Exotic Green Fruit!
Next Plantains: The starchy fruit with gut health and fat loss benefits