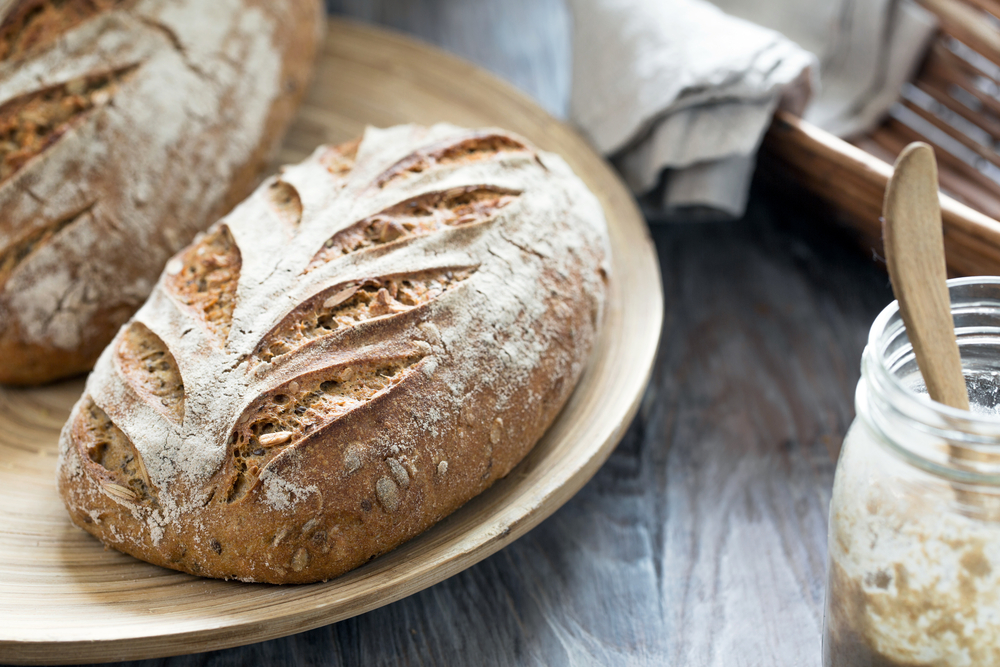 3 Reasons THIS Kind of Bread is Healthier to Eat

Bread gets a lot of bashing these days, especially in light of ‘low-carb’ or Paleo diets. And there is good reason for it—bread (even whole grain bread) contains gluten, and can contribute to inflammation in the body–especially the gut, and even the healthier ‘whole grain’ versions of bread can increase the blood sugar levels dramatically… In fact, some blood sugar tests have shown that 2 slices of “whole wheat” bread can spike blood sugar as high as an equivalent amount of calories of pure table sugar.

Gluten free bread can often be just as bad or worse, with its highly refined grains and starches. However, one particular type of bread is far healthier and easier to digest and it’s been around for centuries…

Sourdough bread is made in an entirely different way than commercially prepared breads and gluten free breads. Sourdough is a fermented bread, and the fermentation process makes it easier to digest and less likely to spike blood sugar levels, while also making the gluten in sourdough bread easier to digest than standard white, wheat, or multigrain breads.

Sourdough bread is actually one of the oldest ways of baking bread, and is thought to to have been prepared and baked in ancient Egypt around 1500 BC.  Sourdough bread is still hugely popular in the Mediterranean and Middle East, as well as the San Francisco area of the United States.  (Mike’s note:  While on a trip in France last year, we noticed that almost every restaurant served sourdough bread instead of regular non-fermented bread, and with grass-fed butter… once again, the French do it right in terms of quality of food and nutrition)

Most breads use baker’s yeast to help the dough rise, but traditional sourdough recipes use ‘wild yeast’ and lactic acid bacteria. Lactic acid bacteria are the same type of beneficial bacteria found in fermented foods such as yogurt, pickles, kombucha, sauerkraut and kimchi.

Sourdough uses a ‘starter’ made of fermented wild yeast, lactic acid bacteria, flour and water. The sourdough starter begins to ferment the sugars in the dough, changing the molecular structure, and breaking down its components, creating lactic acid and lactobacilli.

More Nutrition in Every Slice 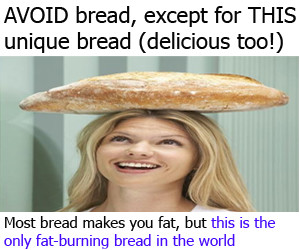 Phytic acid is a substance in nuts, seeds and grains. Phytic acid or phytates are considered ‘anti-nutrients’ because they bind with minerals such as calcium, magnesium, iron and zinc, making them unusable in the body, creating mineral deficiencies in those who eat large quantities of nuts, seeds and grains. This is especially true for vegetarians and vegans. It also binds with niacin, creating a B-vitamin deficiency called pellagra, which is especially noticeable in developing countries.

Probiotic lactobacilli contains the enzyme phytase, which breaks down phytic acid, making the sourdough bread easier to digest, and rendering the nutrients and minerals easier to utilize in the body.  This study shows sourdough bread fermentation reduces the phytate content by 24-50% over conventional yeast bread.  Studies show that the lactic acid in sourdough can actually release more antioxidants during fermentation. Sourdough fermentation also tends to increase the folate levels in the bread as well.

Because of its natural fermentation, sourdough also possesses a variety of bioavailable nutrients. It is rich in B vitamins, B1, B6, B12, folate, thiamin, niacin, riboflavin, vitamin E, selenium, iron, manganese, calcium, magnesium, phosphorus, zinc and potassium, along with its well balanced proteins and fatty acids. By contrast, many commercially prepared breads are so low in nutrients, that less-than-desirable synthetic vitamins are added back in, and those are more poorly absorbed by us.

Easier to Digest Even if Gluten-Intolerant

Many people are gluten sensitive or gluten intolerant. This means they are sensitive to the gluten molecule or protein in most breads. When sourdough bread is fermented, the fermentation process helps to dissolve the proteins and peptide bonds in the gluten. The enzymes in the bread help dissolve albumin, globulin, prolamin, and glutalin. These enzymes also produce a type of alcohol that will dissolve water-insoluble protein bonds. This breaking down of these proteins means that gluten sensitive people are often able to eat sourdough bread without a reaction. While gluten tolerance varies from person to person, those with true celiac disease should still avoid sourdough bread if it’s made from wheat or rye. Gluten-free sourdough is an option however, for those who are extremely sensitive to gluten.

Keep in mind though, that not all sourdough bread is made the same way, and depending on how long it ferments, and how long it is kneaded, can make the difference between a tummy ache from gluten and no tummy ache.

[Cat’s note:  I have genuine celiac disease and am pretty sensitive, but when traveling overseas, I have found I have been able to eat bread from Peru, some parts of Europe and Nepal, so I may have to try this out and see what happens].

One of the big negatives about eating regular bread, even the ‘whole wheat’ or ‘whole grain’ variety, is the blood sugar effects. People are often shocked to hear that whole wheat bread often increases blood sugar to as high of a level, or even higher level than pure sugar does. In fact, eating two slices of whole wheat bread is not too different than eating a candy bar in terms of blood sugar impact!

The good news is that sourdough bread may have a better effect on blood sugar and insulin levels than whole wheat bread, though the reason for this is not yet fully understood. Researchers theorize that the fermentation process must alter the carbohydrate molecules, which in turn slows down the speed at which the sugars enter the bloodstream. Several studies compared the glucose response of participants with sourdough bread and regular bread with baker’s yeast. Participants showed lower blood sugar and insulin response overall with the sourdough bread.

Make Your Own Sourdough

Once you have your starter, you ‘feed’ it daily and let it grow for 5-7 days. Do not rush this process.  Here are a few sourdough bread recipes from various websites:

Did you know that traditional grain-based bread contains a compound that is the #1 greatest danger in your diet.

And if that’s not enough…

The great news is that you can still have your BREAD… and be well too!

Plus, this unique type of bread shown on that page actually HELPS your body burn MORE fat than eating vegetables (it actually triggers a fat-burning hormonal environment in your body)

Discover the secret to the world’s healthiest bread… a secret that took my good friend Kelley Herring 10 years to master!

Here’s to enjoying delicious bread again, while simultaneously putting your body in a fat-burning state (win-win!) …This is PERFECT for diabetics too, since this special type of bread has almost ZERO impact on blood sugar.

Mike Geary has been a Certified Nutrition Specialist and Certified Personal Trainer for over 15 years now. He has been studying nutrition and exercise for almost 25 years, ever since being a young teenager. Mike is originally from Pennsylvania, but has fallen in love with mountain life and now resides in the picturesque mountains of Utah. Mike is an avid adventurist and when he’s not spending his time skiing, mountain biking, hiking, or paddleboarding on the lake, he has enjoyed skydiving, whitewater rafting, piloting an Italian fighter plane (seriously), scuba diving, heli-skiing, and traveling all around the world, enjoying learning about different cultures. At the age of 40, Mike now feels healthier, stronger, and more energetic than when he was 20... All because of a healthy lifestyle and great nutrition!
Previous Maca Root & Your Libido, Testosterone, Fertility and More
Next Why You Should Never Eat THIS Type Of Shrimp

THIS ‘Off Beat’ Music Has Massive Health Benefits

Today’s blog is republished from my friends at TheAlternativeDaily, a leading publisher of daily alternative health …