Why You Should Never Eat THIS Type Of Shrimp 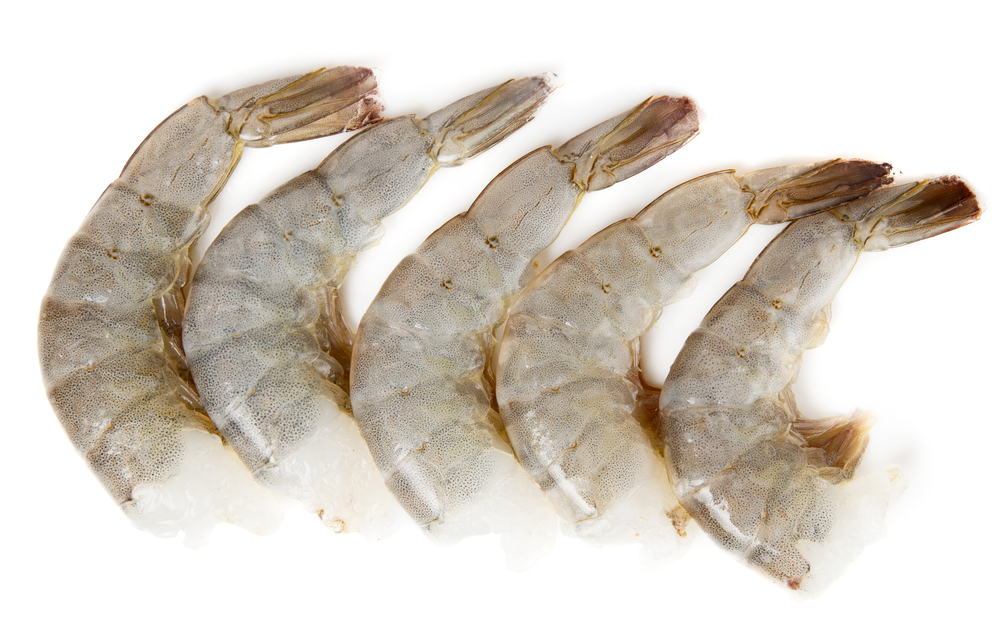 Shrimp seems to be everyone’s favorite when it comes to seafood, here in the U.S. and worldwide. It is also the most highly traded seafood in the world, but unfortunately the global demand for shrimp has become a huge health, environmental and human rights nightmare.

Unfortunately, because of demand, 94% of the shrimp that is consumed is farmed and raised in man-made ponds along the coasts of Thailand, China, Indonesia, Vietnam, Mexico, and Ecuador. Farmed shrimp, however, is far from healthy, and is considered probably one of the most Unhealthy types of seafood you can possibly eat. In fact, it’s considered to be even more toxic than imported farmed tilapia and catfish, which are among the most toxic, polluted fish you can eat. And on top of that, less than 2% of imported shrimp is inspected by the FDA.

Farmed shrimp is subject to pesticide residue, antibiotics, and antibiotic-resistant bacteria such as E.coli.

According to Food and Water Watch (2006), over 90% of the shrimp we eat is imported, and there is very little information about how it was produced. Half of the shrimp—or more–that we purchase in grocery stores is from an ‘unknown origin’ if it is processed and added to any type of seafood mix. Restaurants don’t label shrimp either, so you and often the restaurant never even know where it comes from.

Shrimp farms cram millions of shrimp into their ponds, which means they are polluted with waste, disease-carrying pathogens, and parasites. An average farm now produces up to 90,000 pounds of shrimp per acre, compared to a traditional shrimp farm which produced about 450 pounds per acre. Often the ponds used to farm shrimp develop a sludge of fecal matter, chemicals, and excess feed that builds up and decays. To combat this, shrimp farmers use massive amounts of antibiotics, pesticides and disinfectants—many of which are illegal and too toxic to use in the United States. So it’s a pretty safe bet that you are eating farm-raised shrimp from Asia, raised in murky waste-filled water with antibiotic resistant bacteria, tons of antibiotics and toxic pesticides.  Can you say “cesspool?” Most shrimp operations can only exist for about 7 years before the pollution, waste and pathogens build up to a point where they kill off all the shrimp. Eating farmed shrimp is a toxic cocktail that can lead to many serious health conditions, such as neurological damage, life-threatening allergies, infections, and digestive disorders.

Shrimp is sometimes sold as “wild caught” or “Gulf shrimp” when it is actually farmed shrimp. Consumers sometimes get incorrect information regarding the origin of their shrimp. Researchers in a 2014 Oceana study found about 30-40% of the shrimp in the U.S. were mislabeled, and misrepresented regarding their country of origin, and whether it was farmed or wild.

Here are a few other unappetizing facts about shrimp you may want to know about:

Industrial shrimp operations discharge thousands of gallons of polluted water and waste into surrounding farmland and waterways. And shrimp operations not only pollute the surrounding land and water, but they actually destroy the natural environment, including the mangrove trees that help to protect and filter out toxins from nearby homes. Residents and children living nearby often are sick, and have burning throats, eyes, and unusual skin rashes due to exposure to the toxins from the shrimp farms. Farmed shrimp is very unsustainable. Besides the environmental mess it creates, it takes up to 3 lbs of wild fish just to produce one pound of shrimp.

Is any kind of shrimp safe to eat?  Well, wild-caught shrimp is often considered a safe and sustainable option, but in truth, that may not always be true.  Keep in mind that shrimp is often caught along with bycatch that can be sometimes die and be discarded during the process.  Thousands of pounds of other sea creatures are killed annually during shrimping operations, but as time goes on, more regulations are being adopted that are slowly reducing bycatch and hopefully making shrimp operations more environmentally safe.  With that said though, shrimp and other shellfish that are wild caught are actually very nutritious and loaded with important vitamins and minerals, protein, and even small amounts of omega-3 fats.

For a super healthy and delicious dinner, try this recipe from PaleoHacks:

Mike Geary has been a Certified Nutrition Specialist and Certified Personal Trainer for over 15 years now. He has been studying nutrition and exercise for almost 25 years, ever since being a young teenager. Mike is originally from Pennsylvania, but has fallen in love with mountain life and now resides in the picturesque mountains of Utah. Mike is an avid adventurist and when he’s not spending his time skiing, mountain biking, hiking, or paddleboarding on the lake, he has enjoyed skydiving, whitewater rafting, piloting an Italian fighter plane (seriously), scuba diving, heli-skiing, and traveling all around the world, enjoying learning about different cultures. At the age of 40, Mike now feels healthier, stronger, and more energetic than when he was 20... All because of a healthy lifestyle and great nutrition!
Previous THIS type of bread is easiest to digest and better for blood sugar than most breads
Next Seaweed benefits for Thyroid, digestion, heart health, Diabetes, and more

Ten Ways to Eat Healthy on a Budget

Why is Everyone Jumping into Ice Water These Days?

The Truth About Osteoporosis