Today’s blog is republished from my friends at TheAlternativeDaily, a leading publisher of daily alternative health tips that I personally read every day…The original article can be found here:

Magnesium is intimately involved in over 600 reactions in the body including the metabolism of food, the transmission of nerve impulses, the synthesis of fatty acids and proteins, muscle movements, gene maintenance and protein formation.

It is one of seven essential macrominerals that must be consumed daily in large amounts — 100 milligrams or more. We store about 25 grams of magnesium in our body with more than 50 percent of this being stored in the skeletal system. The rest goes in the muscles, soft tissues and bodily fluids.

Unfortunately, studies note that about 50 percent of the people in the United States and Europe get far less than the recommended amount of magnesium. It is important to know that magnesium levels in soil are lower than they used to be. Plus, the use of chemicals such as fluoride and chlorine in water make magnesium less available. In addition, daily use of sugar and caffeine also deplete magnesium supplies within the body. In addition, if you live a high-stress life, it is likely that you are magnesium deficient.

Here is just a sneak peek at some of the amazing benefits of this tiny macromineral and why it is so important to be sure you are getting enough of it.

Magnesium is essential for proper brain function and mood regulation. Research indicates that without enough magnesium, you are more prone to depression. According to the Depression and Bipolar Support Alliance, major depressive disorder impacts 14.8 million American adults.

In one study of over 8,00 people, researchers found that those 65 years old and under with the lowest intake of magnesium had a 22 percent increased risk of developing depression.

In a randomized controlled trial including older adults suffering from depression, a 450-milligram magnesium supplement improved mood just as effectively as an antidepressant drug.

No one likes being anxious. If you find you are frequently in this state, you may want to try increasing your magnesium. Low magnesium levels have been attributed to an increase in anxiety. According to research, a diet low in magnesium changes the types of bacteria present in the gut and alters anxiety-based behavior.

Studies indicate that even having a slightly reduced level of magnesium can cause severe changes in how the heart, blood vessels, blood cells and other tissues function. Magnesium is critical for proper electrical and mechanical functioning within tissues such as nerves and muscles (such as the heart), and blood vessels.

According to Dr. Carolyn Dean, a magnesium expert and Medical Advisory Board member of the Nutritional Magnesium Association, magnesium could be the answer to a host of premenstrual symptoms. These include such things as mood swings, fluid retention, depression, breast tenderness, headaches, poor sleep and sugar cravings.

Research has shown that mice given extra magnesium had better working memory, long-term memory and a greater ability to learn. According to head researcher Dr. Liu, “Magnesium is essential for the proper functioning of many tissues in the body, including the brain and, in an earlier study, we demonstrated that magnesium promoted synaptic plasticity in cultured brain cells.”

Here are just a few signs that you may be magnesium deficient:

Spinach is rich in many key nutrients for your health, including magnesium, protein, vitamin E and B vitamins. Raw spinach only has about 78 milligrams of magnesium per cup, but one cup of cooked spinach contains over 760 milligrams! That’s twice the amount from kale and collards, with only Swiss chard beating spinach as the top source from leafy greens.

Pumpkin, sunflower, sesame, chia, hemp and flax seeds are all great sources of magnesium. Seeds are also rich in anti-inflammatory fats and high in protein. Try sprinkling a couple tablespoons of seeds onto salads, add them to a green smoothie, or toss a few in with some berries and organic Greek yogurt for a high protein, magnesium-rich breakfast or snack.

Raw nibs and cacao powder are incredibly high sources of magnesium, along with dark chocolate and even cocoa powder. While you shouldn’t rely on chocolate alone for your magnesium intake, having a small square of dark or raw chocolate (or a couple tablespoons of cocoa) is certainly an enjoyable way to add more magnesium to your day!

Almonds are high in protein, vitamin E and the highest source of magnesium among all nuts, with cashews being a close second. Almonds contain roughly 76 milligrams per ounce (about 23 nuts), or 15 percent of your daily needs. For the best anti-inflammatory option, choose raw almonds (unroasted) or raw almond butter.

Bananas are often avoided for their high sugar content, but this fruit is actually the best source of magnesium among all common fruits. Bananas are also a great source of vitamin C, potassium, fiber, vitamin B6 and manganese. A medium-sized banana contains 32 milligrams of magnesium.

Your morning cup of java just got a bit more exciting — coffee is the highest source of liquid magnesium you can consume! It’s also higher than any food source — just in case you were wondering. Espresso has a higher magnesium content, but all coffee comes in around 1000 milligrams or more in just one eight-ounce cup. Do keep in mind that calcium from milk and refined sugar can interfere with magnesium absorption, so drink your coffee black. Also use a raw, whole-food sweetener like honey instead of sugar. 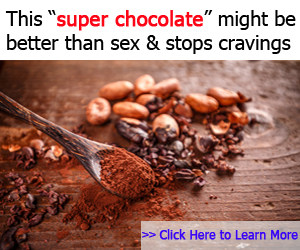 Mike Geary has been a Certified Nutrition Specialist and Certified Personal Trainer for over 15 years now. He has been studying nutrition and exercise for almost 25 years, ever since being a young teenager. Mike is originally from Pennsylvania, but has fallen in love with mountain life and now resides in the picturesque mountains of Utah. Mike is an avid adventurist and when he’s not spending his time skiing, mountain biking, hiking, or paddleboarding on the lake, he has enjoyed skydiving, whitewater rafting, piloting an Italian fighter plane (seriously), scuba diving, heli-skiing, and traveling all around the world, enjoying learning about different cultures. At the age of 40, Mike now feels healthier, stronger, and more energetic than when he was 20... All because of a healthy lifestyle and great nutrition!
Previous Why a Standard Thyroid Test May be Wrong
Next The Dark Side of Kale

Quercetin vs CoVid19 (Powerful anti-viral properties of this unique nutrient) 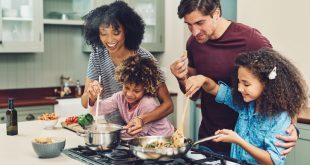 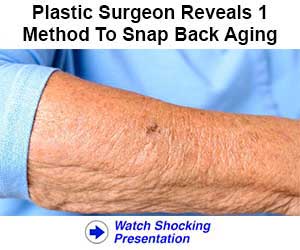