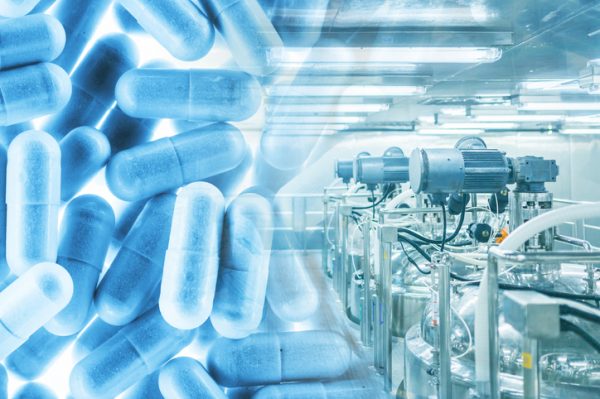 What if you were unintentionally drinking multiple medications in your glass of water? Medications such as blood pressure medicine, diabetes medicine, epilepsy medication, birth control pills and antibiotics. All of these have been found in drinking water samples in multiple cities and towns across the U.S. as well as the rest of the world in significant quantities.

A very recent new study published in Science Daily looked at pharmaceuticals in the rivers of the world, and found potentially toxic levels in almost every area covered in the research!

This study looked at 258 rivers around the world, including rivers that run through major cities such as the Thames in London and the Amazon in Brazil. According to Science Daily’s report, 61 different pharmaceuticals were measured including:

This study forms a portion of the University of York-led Global Monitoring of Pharmaceuticals Project with the new study becoming one of the first world-wide investigation of medicinal contamination in the environment.

Some of the shocking findings of this latest study (as summarized in Science Daily) include:

Big Pharma is in Your Nearby Rivers

Cities around the world use rivers for water sources. Unfortunately, those same rivers are often used as dumping grounds as well. The high levels of pharmaceutical pollution in some areas are attributed to the dumping of trash and medical rubbish along riverbanks, inadequate wastewater disposal, and the existence of pharmaceutical companies operating in nearby areas, dumping their waste straight into the water supply.

Pharmaceutical companies are not the only source of pharmaceuticals in your water system. As you may already know, massive amounts of antibiotics and other drugs are used in the livestock industry. Runoff from animal feeding operations (CAFO’s) end up in ground water, streams, and nearby rivers as well. Other pharmaceuticals besides antibiotics including acetaminophen, caffeine, nicotine byproducts, antihistamines, and tranquilizers have also been found in the water as well.

Are You Taking Your Neighbor’s Medication?

Another huge source of pharmaceuticals in the water just happens to be large populations. Any drugs that don’t fully get metabolized in someone’s body will end up in wastewater systems. And unfortunately, these drugs can be detected miles downstream from wastewater-treatment plants, simply because many of these plants just cannot remove the pharmaceuticals from the water.

This same international study shows Dallas, Texas as a “hot spot” with cumulative concentrations of 10,000 nanograms/liter (parts per trillion) of Active Pharmaceutical Ingredients (APIs) showing up in the water system. Las Vegas comes in just behind Dallas at ~5,000 nanograms/liter of APIs.

And yet another study found a whopping 56 pharmaceuticals in the drinking water, in Philadelphia. Antibiotics like amoxicillin and doxycycline, pain killers like acetaminophen and prednisone, anti-seizure drugs like carbamazepine and phenytoin, and addictive substances like nicotine and caffeine, along with 48 others that were present in trace concentrations. Yet another 2008 investigation by the Associated Press found medications in the drinking water of over 40 million Americans.

How Pervasive is This Problem of Big Pharma in the Water?

Fourteen different pharmaceutical ingredients have been found in sampling sites in Antarctica, South America, North America, Africa, Europe, and Asia. A pervasive problem, don’t you think? It’s very hard to get away from this.

The drugs included acetaminophen, beta blockers (which slow the heart rate and control blood pressure), epilepsy medication, antihistamines, antidepressants, antianxiety medication, and several antibiotics. Only two areas in the 258 samples were drug-free: Iceland and a small remote village in Venezuela.

In any case, sewage plants are just not designed to remove or treat pharmaceuticals, nor are they required to. So far, the EPA and other agencies have not set any kind of standards for the presence of pharmaceuticals in water, mostly because no one is sure what levels are safe or not. But tell me, do you want to be taking any extra medications? This cannot be healthy. Some of these medications, even in small doses can have the possibility of side effects or even addiction. The effects over time can be cumulative.

What About Fish and Other Organisms?

Research has also been done to discover if levels of drugs could cause adverse effects to organisms living in the rivers–or to humans who eat fish from rivers. Fish are studied to check levels of environmental pollution because of their capability to absorb pollutants from the water.

Researchers found high concentrations of antidepressants in the brains of fish from the Niagara River. Research by Cornell University found pharmaceuticals in the Hudson, and documented antibiotic resistant bacteria in the river, most likely originating with antibiotics that have found their way into sewage systems.

Psychoactive drugs such as antiepileptics and antidepressants, are the most prevalent types of medications that seem to show up in most all fish species. Many studies have reported biological alterations including reproductive, physiological, and behavioral alterations in the fish studied most likely caused by these compounds in the water.

Besides big Pharma residue, you may be drinking a host of other scary chemicals in your water. These chemicals along with the medication residue may or may not be causing long term health issues—but no one really knows because it is not really being studied as of now. The question is—are you comfortable drinking pharmaceutical and chemical leftovers in your water?

I know, I am not. My best advice is to invest in a high-quality reverse osmosis system or a Berkey water filtration system if you like to drink tap water—especially if you are on a city water system that feeds from nearby rivers and streams. And be very, very wary if you happen to live near any type of pharmaceutical manufacturing facility. You may never know exactly what you are drinking or the long-term effects it has on your health.

Mike Geary has been a Certified Nutrition Specialist and Certified Personal Trainer for over 15 years now. He has been studying nutrition and exercise for almost 25 years, ever since being a young teenager. Mike is originally from Pennsylvania, but has fallen in love with mountain life and now resides in the picturesque mountains of Utah. Mike is an avid adventurist and when he’s not spending his time skiing, mountain biking, hiking, or paddleboarding on the lake, he has enjoyed skydiving, whitewater rafting, piloting an Italian fighter plane (seriously), scuba diving, heli-skiing, and traveling all around the world, enjoying learning about different cultures. At the age of 40, Mike now feels healthier, stronger, and more energetic than when he was 20... All because of a healthy lifestyle and great nutrition!
Previous What You Need to Know About Hair Loss and Thinning Hair
Next Is That Acai Bowl Good for You?

The Magic of Medicinal Mushrooms

By: Cat Ebeling, RN, MSN-PHN, co-author of the best-sellers:  The Fat Burning Kitchen, The Top 101 …