Are Plastic Water Bottles Causing you to Gain Weight and Contribute to Diabetes & Cancer? 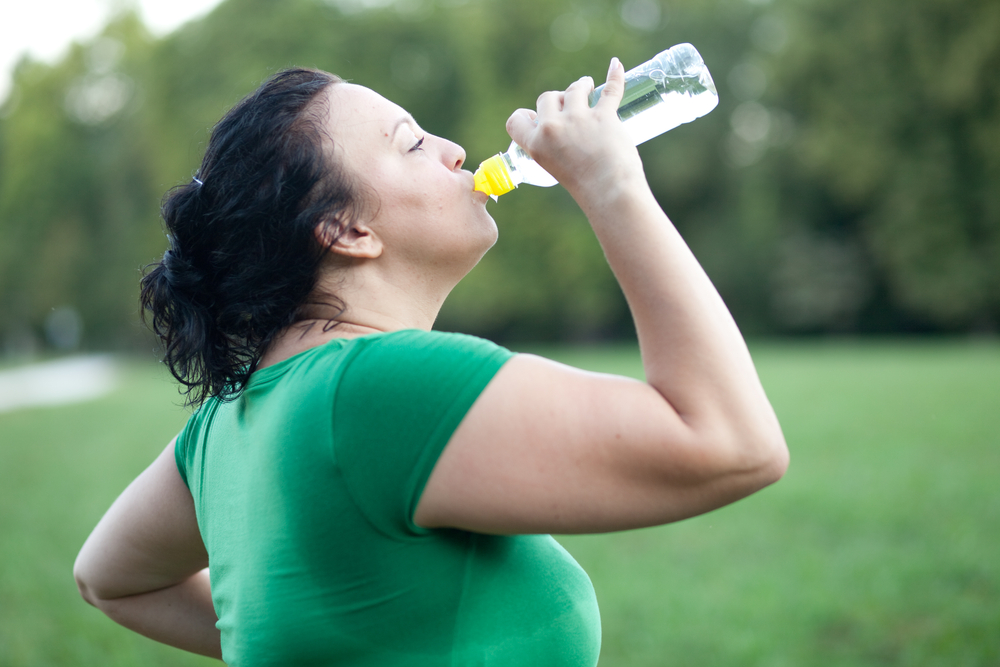 by Catherine Ebeling & Mike Geary
co-author of the best-sellers:  The Fat Burning Kitchen, The Top 101 Foods that Fight Aging &

Surrounded by a sea of plastic and hormone-disrupting chemicals that includes plastic water bottles, plastic soda bottles, plastic bags, plastic food containers, soaps, shampoos, food packaging and pans treated with nonstick coatings, studies are showing definite connections between plastic compounds and serious diseases like diabetes and obesity. Not only that, but more and more evidence is also pointing to other serious health issues such as infertility, hormone-related reproductive cancers, neurological issues and other disorders.

Endocrine disrupting chemicals (EDC’s) also referred to as “Xenoestrogens” or synthetic estrogens, cause serious health problems because they mimic estrogen among other hormones. By hijacking important chemical messengers in the body, EDC’s actually can change the way cells develop and grow. These chemicals are showing up in men, women, breastfeeding mothers and babies.

Xenoestrogens actually amplify the effect of estrogen in the body. These toxic hormones actually can build up over time, creating an overload of estrogen. Individuals with any kind of estrogen dominance health condition (such as breast or ovarian cancer) should be especially careful to avoid xenoestrogens. And this is especially harmful to men.

Xenoestrogens have been linked to feminization in men (man boobs, loss of testosterone, low sperm counts, etc.), infertility, and unnaturally early puberty in girls. This buildup of synthetic female hormones increases the risk of reproductive cancer as well.

Exposure of lab species and wild animals to xenoestrogens has been found to cause abnormalities in the reproductive systems of these animals. Xenoestrogens bind to estrogen receptors in both animals and humans including: reproductive tissue, body fat, the hypothalamus, and pituitary glands. And, studies in mice show that xenoestrogens can cause progressive degeneration of testicular tissue and sexual dysfunction in both sexes.

According to Andrea C. Gore, Professor of Pharmacology at University of Texas, and chair of a task force on hormone disrupting chemicals, “The evidence is more definitive than ever—EDC’s disrupt hormones in a manner that harms human health. Hundreds of studies are pointing to the same conclusion…You may have a healthy meal, but if it’s in a plastic container [or cooked in a nonstick pan], it’s leaching chemicals.”

Based on information from over 1,300 studies, there is strong evidence to show a link between common hormone disrupting chemicals and serious health issues such as:

While there are about 85,000 chemicals known to be in use, it is not known for sure how many of these chemicals actually disrupt hormones, but at least 1,000 are known human toxins.

Some of the known EDCs include bisphenol A (BPA) found in food can linings, cash register receipts; phthalates found in plastics and cosmetics; flame retardant chemicals and various pesticides. The chemicals are so common that nearly every person on Earth has been exposed to at least one or more of these.

And a mother’s exposure to even tiny amounts of EDCs during her pregnancy can trigger obesity in her child. These EDCs can target cells in the pancreas, the liver and the fat cells in the body, leading the way for insulin resistance, and high insulin levels which are direct risk factors for the development of Type 2 diabetes.

When looking at just one of these endocrine disrupting chemicals, it was found that having higher BPA levels was associated with a diabetes rate 50% higher than having lower levels of this harmful chemical!

Two other chemicals, di-isononyl phthalate (DINP) and di-isodecyl phthalate (DIDP), both known as ‘phthalates’, used in plastic food wrap, soaps, cosmetics and food containers have been directly linked to insulin resistance and diabetes in children and adolescents, as well as high blood pressure.

These chemicals can act at very low doses.

EDC’s, which include xenoestrogens, can be found in pesticides, plastics, fuels, personal care products preservatives and drugs. Below is a partial list of some of the EDC’s we come into contact with on a daily basis:

Many of the EDC’s listed above are contained in processed, packaged foods and in conventionally-grown, non-organic produce as either preservatives and/or pesticides.

Yes, this list can be mind-boggling and overwhelming. So what are the top ten endocrine disrupting items to avoid? Let’s take a look at this list Dr. Joseph Mercola recently published:

Yes, we are surrounded by these chemicals in every aspect of our lives, and they are hard to avoid. Here are some ways to minimize your exposure EDC’s and xenoestrogens:

• Eat only organic, grass fed meats and wild caught fatty fish as much as possible. Consume only organic dairy products.
• Use organic, natural soaps and toothpastes.
• Use natural household cleaners.
• Use only naturally based perfume or essential oils. Most commercial perfumes are full of petrochemicals and preservatives containing xenoestrogens.
• Use naturally based, non-petroleum based laundry detergents and dish detergents.

A healthy diet rich in certain foods is also a key way to avoid and combat these estrogenic compounds in our environment. Specific components of these foods help to block uptake and absorption of xenoestrogens as well and cleanse the body of any excess that may be stored. Eating a whole foods based diet, high in plant-based organic foods will help to keep your system clean. Follow a Paleo-style, unprocessed foods diet, like the Fat Burning Kitchen diet will also help you avoid these dangerous chemicals.

Cruciferous vegetables such as broccoli, kale, cauliflower, radishes, turnips, and cabbage are estrogen inhibiting and prevent these artificial hormones from being absorbed into our system. Onions and garlic contain quercetin that is also anti-estrogenic, immune enhancing and detoxifying.

Omega 3 fats such as those in grass fed meats and wild caught fatty fish are also essential as a safeguard against xenoestrogens. Omega 3 fats have been found to be highly beneficial in estrogen balance and metabolism.

*The Environmental Working Group publishes yearly a “Dirty Dozen “list of top endocrine disrupters, and a “Dirty Dozen” list of the produce with the highest pesticides and preservatives. The Environmental Working Group’s Skin Deep database lists brands that are free of most must-avoid ingredients and Care2 has compiled a list of non-toxic nail polishes. PETA also features a comprehensive index of beauty brands that do not test on animals.

Beware that not all water filters are created equally.  Some leave dangerous contaminants lingering in your water, making it unsafe to drink.  Click here to see my favorite water filter

Ori Hofmekler, “The Anti-Estrogenic Diet, How Estrogenic Foods and Chemicals Are Making You Fat And Sick”, North Atlantic Books, 2007.

Joseph Mercola, “10 Common Sources of Endocrine Disrupters and How to Avoid Them”, July 2015. Mercola.com

Mike Geary has been a Certified Nutrition Specialist and Certified Personal Trainer for over 15 years now. He has been studying nutrition and exercise for almost 25 years, ever since being a young teenager. Mike is originally from Pennsylvania, but has fallen in love with mountain life and now resides in the picturesque mountains of Utah. Mike is an avid adventurist and when he’s not spending his time skiing, mountain biking, hiking, or paddleboarding on the lake, he has enjoyed skydiving, whitewater rafting, piloting an Italian fighter plane (seriously), scuba diving, heli-skiing, and traveling all around the world, enjoying learning about different cultures. At the age of 40, Mike now feels healthier, stronger, and more energetic than when he was 20... All because of a healthy lifestyle and great nutrition!
Previous Ginger: 9 ways this super-root protects your health (Fights cancer, aids fat loss, eases belly aches, etc)
Next Kombucha: Benefits Including Gut Health, Immunity, Cancer-Fighter, and even helps with Weight Loss?