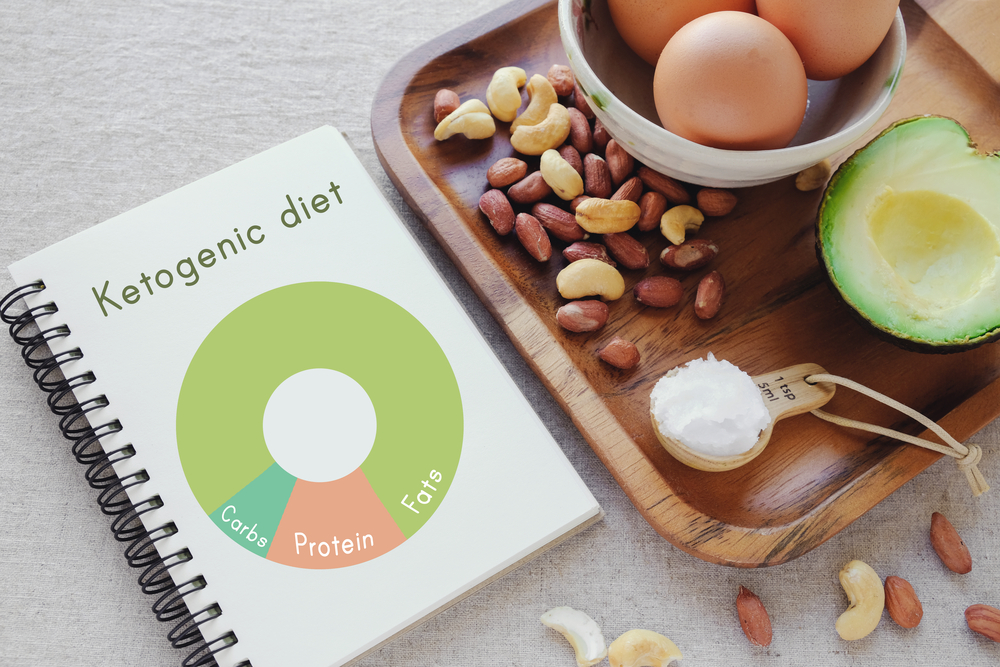 By: Mike Geary, Nutrition Specialist and co-author of the best sellers: The Fat Burning Kitchen, The Top 101 Foods that Fight Aging & The Diabetes Fix

Last night my wife and I had dinner with our friend Paul, who we hadn’t seen in a couple months.  Turns out Paul has dropped 15 lbs in the last 4 weeks without working out at all, so I was excited to chat with him on how he did it.

Last time I saw Paul, we were driving dune buggies through the Baja peninsula of Mexico a few months ago (you know much I love adventure!), and during the trip, I got to talking to Paul about his health, his soda habit, and his poor diet overall.

Paul has been a soda addict most of his life, and isn’t much of a workout enthusiast either… We agreed that he was probably not far off from full blown diabetes from all these years of sugar calories and excess carbs overall.

So how the heck has Paul dropped 15 lbs in only 1 month and feels better than he has in years?

Well, it turns out that one of our other mutual friends, Ben, turned him on to trying a keto diet (ketogenic, aka — high-fat, low-carb, moderate protein)…

Ben has been eating mostly keto for a couple years now, and had a dramatic health transformation himself… Ben has lost probably 30-40 lbs eating mostly keto… I say “mostly” because Ben says he eats keto 6 days a week, and then has 1 cheat day that includes a pizza night with his family each week.  He absolutely LOVES eating this way, and his dramatic improvements in health, energy, and fat loss prove the effectiveness of the controversial diet.

So, back to Paul… I asked Paul about his experience eating keto for the last 4 weeks or so, and he said he absolutely LOVES it as well… he says he eats eggs cooked in a lot of butter for breakfast (which he never gets tired of because it tastes so good), sometimes with some avocado on the side too.  And coffee of course, for both the taste AND the powerful polyphenols that boost our health.

That keeps him full all the way until dinner usually, and he’ll eat mostly meat or fish and veggies, with extra fats like olive oil, olives, maybe a little cheese, etc.  He’ll also enjoy a low-carb, high-fat keto dessert a few times a week too.  Like a high fat, low carb keto cheesecake or keto ice cream… mmm!

It’s really pretty simple actually.  I’m not even sure why so many people out there still think that keto is a “fad diet”… it’s not a fad… it’s just simply a really effective way to control your hormones, appetite, keep blood sugar low, drop body fat fast, and even help to control health conditions like Diabetes, Alzheimer’s or cancer.  In fact, the ketogenic diet is getting serious research these days in helping to treat cancer because of it’s ability to “starve” cancer cells, etc.

The keto diet is also a very low inflammation diet because high carb diets tend to cause more inflammation, so going low on carbs and high on healthy fats helps to fight inflammation and also slow aging in your body, since high blood sugar swings cause your body to age faster.

The cool thing about Paul’s experience eating keto is that it was extremely effective AND enjoyable for him, and he didn’t even exercise at all.  I told him that if he was doing good workouts 3-4x a week in addition to eating keto, he actually probably would have lost 25 lbs in the last month instead of 15 lbs.

I’ve done a ton of experiments on this type of stuff on my own too… for example, last week, I was eating mostly salmon, eggs, and a little veggies for brunch every day, along with my normal daily coffee with pasture-raised heavy cream.  I normally intermittent fast in the morning on just liquids until I get hungry at around 11:30am.  So my salmon and eggs brunches were very high fat and low carb and moderate in protein (keto-friendly).  I noticed that my digestion was great, my energy was solid all day, and I wasn’t hungry for another meal until around 7 or 8pm.  So I didn’t need any snacks at all during the day.

However, the response from my body was WAY different…

…With the pasta for lunch, I had an energy crash at about 45-60 minutes after eating, and then I got ravenously hungry again with stomach growls at 3pm… Remember I said that when I was eating salmon and eggs for brunch with no real carbs, I could go for about 7-8 hours after that meal without needing more food (which is a good thing… we don’t need to eat every 3 hours like the old school line of thinking)

Anyway, time and time again, I keep hearing from colleagues, friends, and other people that when they try a keto diet for at least a month or more (some people need at least 2 weeks eating keto to get rid of their long term carb addictions), almost everyone loses significant weight, loses body fat, some people say that their joint pain is mostly going away, and I’ve even heard from Diabetics that were able to dramatically reduce or even eliminate their meds by eating keto instead of the constant cycle of eating carbs and then having to take insulin (which makes no sense to keep feeding that blood sugar and insulin cycle when you can just eat mostly fat and protein instead)…

… He said for now, he’s super happy eating mostly keto, and the results speak for themselves.  He loves everything he eats.  At some point, he said he might do what my friend Ben is doing and have a 1-day a week carb-feast like a pizza night or whatever, but for now, he feels great just eating high fat and low carb, so isn’t going to mess with it just yet.

One concern that some people have in trying to eat a keto diet is that they feel they don’t have enough “ideas” for variety… Well, that’s where a great keto cookbook comes in handy, and I have the PERFECT resource for you that you’re going to LOVE (plus it’s FREE right now)…

The best part is, every single recipe uses a slow-cooker…

Which makes cooking so easy and simple, they take just 20 minutes in the kitchen to make… or less.

You’ll save hours of time and energy with this brand-new Free cookbook, AND you’ll burn fat when you follow these delicious meals…

Our partners at PaleoHacks had just 500 Free copies printed to give away on a first come basis, so make sure you grab yours before they run out.

Mike Geary has been a Certified Nutrition Specialist and Certified Personal Trainer for over 15 years now. He has been studying nutrition and exercise for almost 25 years, ever since being a young teenager. Mike is originally from Pennsylvania, but has fallen in love with mountain life and now resides in the picturesque mountains of Utah. Mike is an avid adventurist and when he’s not spending his time skiing, mountain biking, hiking, or paddleboarding on the lake, he has enjoyed skydiving, whitewater rafting, piloting an Italian fighter plane (seriously), scuba diving, heli-skiing, and traveling all around the world, enjoying learning about different cultures. At the age of 40, Mike now feels healthier, stronger, and more energetic than when he was 20... All because of a healthy lifestyle and great nutrition!
Previous Sockeye Salmon Salad
Next Black Seed Oil: Benefits, where to find it, and how to use it