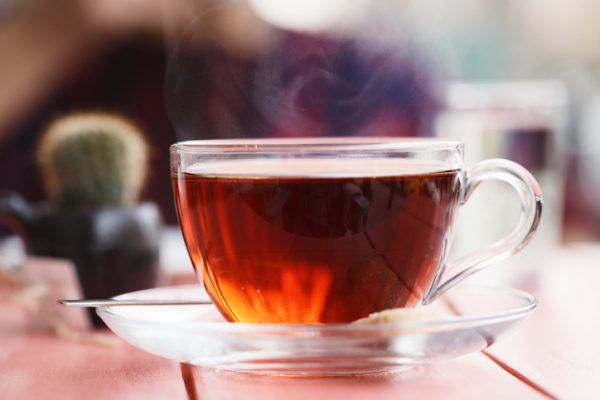 Years ago, I discovered an amazing, but little known tea from South America. It was recommended to me by a very enlightened preventative medicine doctor I knew. I drank it to relieve Candida symptoms, allergy issues, and inflammation. It had a delicious woody, slightly spicy flavor. And it turns out, it is a valuable tea to drink for many other wide-ranging health benefits as well.

The tea is called Pau d’Arco, and it is known to benefit arthritis, pain, and inflammation, fever, diarrhea, and even various cancers. One of the easiest ways to use pau d’arco is by consuming the tea made from the inner bark of pau d’arco or applying the tea water to the skin.

Pau d’Arco, or Taheebo, comes from the inner bark of a tree grown in South America. The inner bark and the live wood can be made into tea which is useful when ingested or even applied externally. While there are many species of pau d’arco trees, only a few types are specifically effective as a health tonic.

Pau d’arco actually contains two primary active ingredients, lapachol and beta-lapachone. These two natural chemicals are what make it effective against bacteria, fungi, yeasts, viruses and even parasites. Lapachol is known to not only kill many different types of fungi, bacteria and yeasts, but it also lowers inflammation. These ingredients are also effective at preventing the spread of cancer from one organ system to another.

Pau d’arco has been known to kill certain bacteria, yeasts and fungi, possibly by inhibiting their reproductive cycle. Test tube studies (not tested on human subjects) show that extracts from the bark fight disease-causing organisms including deadly methicillin-resistant Staphylococcus aureus (MRSA), which is extremely antibiotic-resistant and very difficult to control, especially in hospitals and other medical clinics.

This powerful bark also protects against other disease-causing pathogens, including H.pylori, the bacteria that can attack the stomach lining, causing ulcers. Pau d’arco also fights E.coli bacteria, Clostridium and other staph infections without adverse effects on important beneficial bacteria growing in the digestive system. Pharmaceutical antibiotics, on the other hand, kill ALL bacteria in the body, good and bad, leaving room for the regrowth of harmful bacteria.

Pau d’arco is also useful against Candida albicans, a common fungus that grows in the digestive system. Normally, healthy bacteria growing in the intestines keep Candida levels under control, but often candida can grow out of control when the immune system is compromised, healthy bacteria are killed off by antibiotics, or a diet high in sugar and carbohydrates is consumed.

Overgrowth of candida can cause a multitude of health problems like brain fog, joint aches, fatigue, urinary infections, vaginal infections, digestive issues, sinus problems and even thrush (a candida overgrowth in the mouth). Drinking pau d’arco on a regular basis will help keep this opportunistic yeast under control and lead to more optimal health.

Many people are fighting inflammation in the body due to a poor diet high in processed ingredients, toxins in the environment, allergies, over-exercising, stress and more. When the immune system gets activated, it causes harm to the body by attacking it. Inflammation is involved in the development of diseases such as asthma, arthritis, inflammatory bowel disease, heart disease, diabetes, Alzhiemer’s, cancer and more. Think of inflammation as being similar to pouring gasoline on a fire, and you have an idea of how devastating it can be to the human body.

The results of this study show that the activation of this protein can be particularly beneficial in the intestine, which is often severely affected by inflammation, through diet, food allergies, gluten, and more. This study, conducted on mice, also shows inflammation was reduced 30-50% when compared to a placebo. Reducing inflammation makes this a valuable part of anyone’s diet, particularly those who deal with inflammation in any body system.

Pau d’arco is known as an effective tool to help fight cancer as well as helping relieve pain from cancer. A study conducted by the Dana-Farber Cancer Institute in Boston found that beta-lapachone, a major compound in pau d’arco tea, is a potential compound which can be added to cancer therapy to improve the outcomes.

Another 2002 study concluded that beta-lapachone is one of a few novel anticancer drugs that shows promise for chemotherapy alone, and especially in combinations. This powerful compound resulted in killing cancer cells in mice, without any adverse effects, as many chemotherapy drugs seem to have.

Pau d’arco seems to be valuable for weight loss. Studies in mice demonstrate that pau d’arco extract inhibits a pancreatic enzyme that helps the body digest and absorb dietary fat. This means that dietary fat is not absorbed, resulting in fewer calories.

In one 16-week study, mice fed pau d’arco extract lost significantly more weight than those on a placebo — even with no changes in food intake or calories ingested. Similarly, pau d’arco prevented weight gain in this trial with mice fed a high-fat diet.

Even though preventing fat from being absorbed may seem like an effective way to lose weight, many dietary fats are beneficial, so preventing their absorption on a regular basis may be detrimental to health. And it’s important to keep in mind that these studies were done on mice, and little research has yet been done on humans with pau d’arco and weight loss.

Pau d’arco tea is helpful to detoxify the body, especially when removing heavy metals, like lead and mercury—as well as pesticides, preservatives, and toxic residue from chemotherapy.

One of the methods for its detoxifying process is through its laxative effects. While it aids digestion, it also helps to relax the bowels, making evacuation easier, ridding the body of any toxins.

This allows the body’s natural detoxification process to function more efficiently moving waste through the lymph system, the blood and the cells.

Pau d’arco has few side effects and can be taken as a tea, in capsules, liquid or powder form. It is important to note, however, that many of the benefits of pau d’arco have not been fully tested on human subjects, and pau d’arco can be toxic in large quantities, so follow directions carefully.

Mike Geary has been a Certified Nutrition Specialist and Certified Personal Trainer for over 15 years now. He has been studying nutrition and exercise for almost 25 years, ever since being a young teenager. Mike is originally from Pennsylvania, but has fallen in love with mountain life and now resides in the picturesque mountains of Utah. Mike is an avid adventurist and when he’s not spending his time skiing, mountain biking, hiking, or paddleboarding on the lake, he has enjoyed skydiving, whitewater rafting, piloting an Italian fighter plane (seriously), scuba diving, heli-skiing, and traveling all around the world, enjoying learning about different cultures. At the age of 40, Mike now feels healthier, stronger, and more energetic than when he was 20... All because of a healthy lifestyle and great nutrition!
Previous Foods to Heal Your Brain
Next How This Odd-Looking Vegetable Can Do Amazing Things for Your Health (Kohlrabi)