Why is Everyone Jumping into Ice Water These Days? 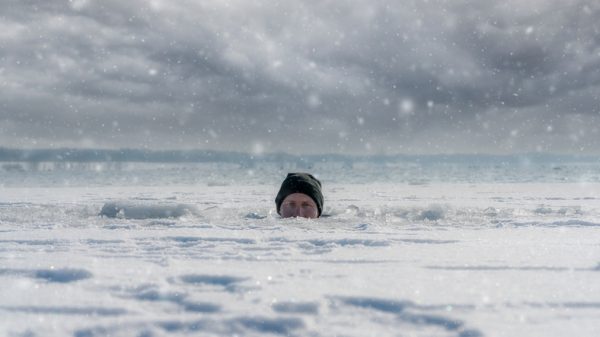 Fatigued, depressed, no get-up and go? The answer just may be a cold-water plunge.

Cold exposure and ice baths are ‘the’ thing right now to increase metabolism, cure your depression and reduce inflammation. From longevity, to better moods, to improved metabolism, cold water seems to be the new cure-all.

Ice baths have played an important role in athletic recovery for many, many years. In fact, I remember back in my high school days, football players moaning about having to sit in the galvanized metal ice water tub after football games.

Taking a post workout plunge into an ice water bath has been a common practice among many hard-core athletes to recover faster, and reduce muscle pain and soreness after intense training sessions or competitions. Just like you would put ice on an injury, an ice bath after a hard workout or competition was considered a way to reduce inflammation and aid in recovery.

In recent years, cold therapy has become the ‘thing’ to do for your health. Cold therapy has proven benefits to reduce inflammation in muscles, joints and ligaments, aid in recovery, improve your mood, boost confidence, and even increase immune response.

However, it’s been found that ice bath/cold therapy treatments after hard exercise or competition is counterproductive to the workout recovery process. Post injury inflammation is actually important for serious athletes to get the resulting strength and endurance increase that workouts and competition provide. Cold exposure also slows down the lymphatic system that needs to clear out the toxins and waste products of exercise left behind in the muscles and the rest of the body. So, if you are interested in cold exposure, it’s best to do separate from hard exercise efforts.

That being said, cold therapy has most definitely found its place in the daily habits of natural health practitioners, a number of celebrities, and athletes. And even your everyday ‘joe’ is doing it. Your neighbor is probably doing it! Ice baths and cold therapy seem to have some definite health benefits.

Cold therapy seems to have the greatest benefits to the central nervous system, the cardiovascular system, and the immune system, rather than just muscles.

The leader of the cold therapy movement is Wim Hof, aka “The Iceman”, who has created the Wim Hof Method of Cold Therapy. This Dutchman received his nickname from breaking several records having to do with extreme cold exposure, including climbing Mount Kilimanjaro in shorts, running a half marathon above the Arctic Circle barefoot, and standing in a container of ice cubes for more than 112 minutes.

Wim Hof’s extensive training and cold experiments have enabled him to control his breathing, heartrate, blood circulation and autonomic nervous system better than most humans.

Participants in the WHM of cold therapy training report health benefits that range from higher energy levels to even a lessening of symptoms of autoimmune disease.

Scientists have performed experiments to prove the powers of the Wim Hof Method and to take a closer look at some of the mechanisms behind it. One study on immune function, done by Radboud University looked at a group of WHM followers and non-followers. Both groups were exposed to a pathogen under controlled conditions, and it was found the WHM followers had an increased immune response, lowered inflammatory response and fewer symptoms of illness.

Self-modulation of the autonomic nervous system (ANS) is generally regarded as a system that cannot be voluntarily influenced by an individual. However, the results from this recently performed scientific study on Wim Hof, that the ANS can be voluntarily controlled.

Brown fat is a special type of body fat that is activated when you are very cold. Brown fat is metabolically active and can produce heat to help maintain body temperature in very cold conditions. Brown fat contains far more active mitochondria than does white fat, which is basically inert.

The theory is that increasing activity in brown fat will help the body stimulate burning regular white, meaning that cold exposure can become a way to lose body fat. However, research is not conclusive on brown fat, although your body certainly does work a bit harder to warm up after getting into freezing cold water.

This 2009 research review found that brief immersions (5 minutes or so) in cold water (59°F/15C did increase the body’s metabolism. However, there have not any larger studies proving that repeated icy plunges can result in any significant weight loss.

Cold exposure is a way of shocking the body—in a good way. This shock stimulates the ‘fight or flight’ response, which causes an adaptive response because the stressor is brief, compared to long term stress which wears the body down, mentally, and physically.

Cold exposure is considered a hormetic stressor. A hormetic stressor is a type of natural stress, that creates a positive response in the body. As your heart rate and respiration increase to help keep you warm, blood flow and oxygen increase throughout the body. Norepinephrine floods the brain, which boosts focus, attention, and mood, while reducing pain and inflammation. This also creates a nice endorphin rush. You know, that awesome feeling that you can get from a hard workout or even the rush you get from skydiving.

One of the big benefits of lowering inflammatory cytokines is that it also lessens anxiety and depression. Even VanGogh was treated for depression with two-hour cold baths, twice a week.

Other benefits of cold-water immersion show that it moves blood from the peripheral (outer) blood vessels to the deeper interior blood vessels, limiting inflammation and swelling, while helping with better blood flow, especially to the major organs.

Cold therapy also helps move metabolites and waste products that build up in the body, while nutrients are sent to replenish fatigued muscles and other parts of the body.

Even the lymphatic system is activated by the cold exposure, which helps speed the clearance of toxins from tissues throughout the body. Cold therapy also helps to ramp up your antioxidative defense by increasing your T cell activity to improve immune function.

Cold exposure is also a great way to improve physical health and your mental health. Proponents note that it can improve focus, confidence, and even mental resilience. It’s also been noted that it lifts depression.

Much in the same way that working out stirs up ‘feel-good’ endorphins and gives you added confidence in other areas of your life, cold exposure does the same for your mental attitude. Suddenly you have a ‘can-do’ attitude about life!

How to Get Started with Cold Exposure

It’s best to start out slowly and condition yourself to the cold. Begin in the shower, switching to cold showers for the last 30-60 seconds. Build up to a few minutes if you can—or just start with a cold shower.

Next, try an ice bath. Add ice to water until the temperature is between 50-59°F or 10-15°C. Be sure to start with limited exposure and build up to 10-15 minutes. Or consider a short swim in cold water like a lake. But be sure to go with a partner to keep an eye on you—hypothermia can happen quickly and cloud your judgement and ability to swim.

Cold water immersion affects blood pressure, heart rate and circulation, so be sure to check with your doctor to be sure the stress on the heart is safe for you. Some people have died from heart attacks from the cold water, so don’t ever just jump into ice cold water unless you’ve been cleared by your doctor and you are somewhat used to the practice.

Add the ice water plunge to your routine of lifting weights, getting good sleep, and getting outside in the sun and you will have added positive physical stressors that will up level everything you do!

Mike Geary has been a Certified Nutrition Specialist and Certified Personal Trainer for over 15 years now. He has been studying nutrition and exercise for almost 25 years, ever since being a young teenager. Mike is originally from Pennsylvania, but has fallen in love with mountain life and now resides in the picturesque mountains of Utah. Mike is an avid adventurist and when he’s not spending his time skiing, mountain biking, hiking, or paddleboarding on the lake, he has enjoyed skydiving, whitewater rafting, piloting an Italian fighter plane (seriously), scuba diving, heli-skiing, and traveling all around the world, enjoying learning about different cultures. At the age of 40, Mike now feels healthier, stronger, and more energetic than when he was 20... All because of a healthy lifestyle and great nutrition!
Previous The Truth About Osteoporosis
Next Ten Ways to Eat Healthy on a Budget

Ten Ways to Eat Healthy on a Budget

The Truth About Osteoporosis