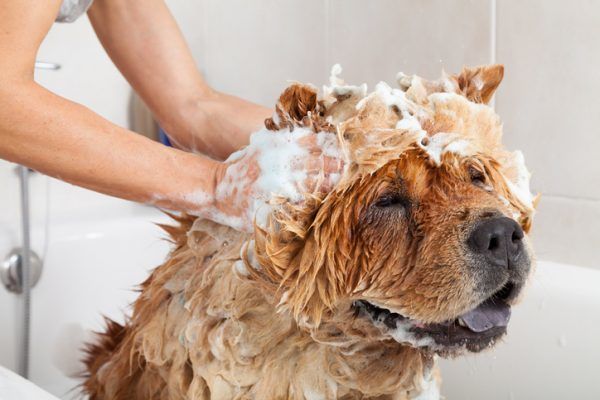 Many years ago, I had to call an exterminator to rid our home of some pesky flying ‘wood roaches’ that lived in the trees outside our Midwest home. These guys would get inside and fly around and I wasn’t too keen on that.

I had young children at home at the time, though, and didn’t want to expose them to any toxic pesticides sprayed around the house. I contacted the exterminator and he told me he would spray my house with a type of spray that contained ‘pyrethrins’. He assured me that the pyrethrin spray was completely natural and derived from chrysanthemums, perfectly safe and I had nothing to fear.

Well that wasn’t completely true. Yes, ‘pyrethroids’ as they are officially classified are considered safer than the stronger and scarier organophosphates (think Agent Orange) which originated as nerve agents during WW2. Those powerful toxins were banned by the EPA and have mostly been replaced with pyrethroid-type insecticides.

A specific group of bug-killers, pyrethroids and pyrethrins, have been soaring in popularity in recent years and now account for more than a quarter of the global market. Pyrethrum is the crude material that does come from chyrsanthemums, but the pyrethrins used in most pesticides are actually synthetic. Synthetic pyrethrins used in insecticide actually create a stronger response in the insect and kill it faster than natural pyrethrins. These chemicals act upon insect’s nervous systems, first making them extra active, then incapacitating them.

These pyrethroid insecticides are widely used, being sprinkled onto lawns, sprayed all over in community-wide mosquito elimination, sudsed onto dogs and cats as flea shampoo, and sprayed around the house to get rid of offending spiders, flying insects and cockroaches. These toxins are sometimes even used in human hair lice treatments, or in spray on bug repellents. The lovely green yards of suburbia are doused in it, as are our golf courses, nurseries and food crops.

Want to hear something shocking? Back in 2009, the US Environmental Protection Agency (EPA), found pyrethroids and pyrethrins in over 3,500 commercial products, and that doesn’t take into account the many ‘unofficial’ pesticides that often get used as well.

A recent study from the University of California shows that more and more of these pesticides are being used. Urinary samples were taken from both adults and children from 90 families, and over two-thirds of these people showed pyrethroid-related substances in their urine.

And this study from JAMA is even more alarming–2116 adults from the United States were observed over a 14-year period. This group been exposed to pyrethroid insecticides (according to urine testing), and it was found that this group had a much higher risk of death from all causes, especially cardiovascular disease. Environmental exposure to pyrethroid insecticides appears to be associated with a three times higher rate of cardiovascular disease and a 56% higher rate of early death. Astounding!

So, basically the so-called ‘safe’ insecticide that is virtually everywhere, is causing higher rates of death for those who have higher exposures. The unfortunate thing is that it’s hard to escape. Your office may be regularly sprayed for insects, as are hotels, airports, restaurants, and other public places. Your children’s school may be sprayed with it. Your food may be contaminated with it. And children and breast feeding mothers are the most vulnerable risk groups, as pyrethroids are most likely to be present in breast milk and, consequently, breastfeeding may be the starting point of their accumulation in the tissue of babies and young children.

What are the obvious effects of pyrethroids? When inhaled they cause coughing wheezing, shortness of breath, runny nose, and even chest pain. The skin reacts to pyrethroids by breaking out in rashes, itching or blistering.

Long term effects of pyrethroids disrupt the endocrine system and are considered a xenoestrogen, which mimics the female hormone estrogen. In women this causes excessive estrogen hormone buildup which can increase rates of breast cancer, as well as endometrial cancers. In men, it has feminizing effects, lowering testosterone, lowering sperm counts and causing ‘manboobs’.

Pyrethrin is considered a known carcinogen, and there is even evidence to show it harms thyroid gland and damages the liver. It is also considered a neurotoxin that can cause tremors, in-coordination, aggressive behavior and learning disabilities. In fact, there is evidence to suggest that pyrethroids are connected to an increased risk of Parkinson’s disease and dementia.

A safe insecticide? Not hardly.

Be aware of innocuous bug spraying. Object to the blanket spraying for mosquitos in neighborhoods, avoid insect repellents or use natural alternatives. You can reduce your exposure to pyrethroids by being aware and choosing natural alternatives whenever possible. And remember that children and breast feeding mothers are most at risk. It’s not that important to have the prettiest yard in the neighborhood if it’s toxic and deadly. Squash that bug with your shoe or use essential oils around the house to repel bugs.

The Environmental Working Group has guides for natural bug sprays and other insecticides. Bugs are not our enemy, toxic pesticides are!

Mike Geary has been a Certified Nutrition Specialist and Certified Personal Trainer for over 15 years now. He has been studying nutrition and exercise for almost 25 years, ever since being a young teenager. Mike is originally from Pennsylvania, but has fallen in love with mountain life and now resides in the picturesque mountains of Utah. Mike is an avid adventurist and when he’s not spending his time skiing, mountain biking, hiking, or paddleboarding on the lake, he has enjoyed skydiving, whitewater rafting, piloting an Italian fighter plane (seriously), scuba diving, heli-skiing, and traveling all around the world, enjoying learning about different cultures. At the age of 40, Mike now feels healthier, stronger, and more energetic than when he was 20... All because of a healthy lifestyle and great nutrition!
Previous Stop Hot Flashes in Their Tracks and Ease Menopause Symptoms—Naturally!
Next 11 Ways Castor Oil Makes Your Hair And Skin Rock