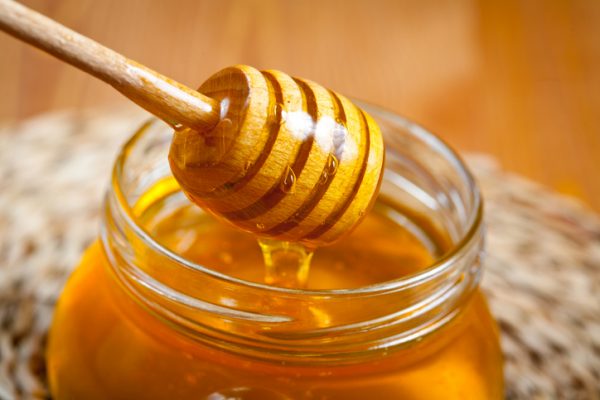 Honey has been a popular part of humans’ diet since hunter-gatherer days, as far back as 10,000 years ago. In fact, some researchers believed that primal man often ate large amounts of honey. Even today, some primitive tribes, like the Hadza, consume copious amounts of the golden gooey stuff and are considered super healthy, lean and fit.

Isn’t honey just sugar? And in that case, is honey bad for you? Although honey does contain plenty of fructose and glucose, honey is actually a real food with plenty of nutrients in it. Honey contains over a hundred different compounds including minerals, amino acids, vitamins and antioxidants. Entire colonies of honeybees thrive on the stuff. So, honey is MORE than just sugar–it is actually a health food.

Honey has the ability to raise antioxidant levels in the body, helping you fight off chronic diseases, including cancer. Several studies have also found that buckwheat honey, in particular, significantly increases serum antioxidant capacity.

Huge differences can exist in the amount of nutrients honey can contain—even within the same types of honey and the same flowers. Wildflower honey tends to have higher amounts of antioxidants than clover honey, and buckwheat honey seems to have the most phenolics and flavonoids. Manuka honey has some of the highest antioxidant, antiviral, antibiotic characteristics and is considered “medical grade” honey.

Honey is labeled as: raw honey, organic honey, or pasteurized honey. Always buy raw, unfiltered local honey if possible. One of the key characteristics of genuine honey is the presence of pollen, which is also the source of honey’s many health benefits. Raw, unfiltered and unpasteurized honey contains vitamins, minerals and enzymes, whereas most of that is lost once honey becomes heat-treated and filtered.

The conventional honey you find in a conventional grocery store in the plastic bear is most likely fake. According to research from Food Safety News, up to 76% of honey options found in US grocery stores are either fake honey, or have been processed to the point that the majority of food laws around the world would prevent them from being labeled as “honey”.

Seasonal allergies can happen in any part of the world, but here in the U.S., they usually begin in February and can last until the first frost. Seasonal allergies are generally the result of pollen being released by plants and trees and can be especially irritating to sensitive people. Allergies can cause sneezing, itchy eyes, runny nose, sore throat, earaches, coughing, headaches, wheezing and asthma.

Over the counter medications often cause unpleasant side effects such as drowsiness, agitation, dry mouth, confusion and dehydration, so many people opt for natural allergy treatments such as honey.

The idea of treating with honey is this: when a person eats local honey, they ingest small amounts of the pollen they are allergic to. This may help them become desensitized to the pollen and react less.

In this study, participants allergic to birch pollen (a common tree allergy) were given birch pollen honey. The BPH patients reported a 60% lower total symptom score, twice as many asymptomatic days, 70% fewer days with severe symptoms, and they used 50% less antihistamines compared to the control group.

Pollen levels in local honey vary widely, but it seems that local honey may help ease symptoms of allergies and desensitize allergic individuals.

You wouldn’t think that eating honey would stabilize blood sugar, but it can. Keeping blood sugar level is the primary goal of people with diabetes. Even if you don’t have diabetes, keeping your blood sugar stable helps to control food cravings and helps you avoid gaining weight.

In the Journal of Medicinal Food study, researchers found that natural honey lowers blood glucose levels in healthy, diabetic, and hyperlipidemic individuals. In the diabetic group, honey caused a significantly lower rise in blood sugar than other types of sugar at 60, 120, and 180 minutes after consumption. This study also showed that honey helped to increase levels of insulin, which helps to remove glucose from the blood. This may be why honey decreases blood sugar.

In a study of 55 overweight individuals, those who ate honey instead of table sugar experienced significant reductions in their cholesterol. LDL was reduced, while HDL increased. One other study, published in the Journal of Medicinal Food, found that honey decreased LDL and increased HDL in people of healthy weight in just 15 days.

And if you have a sore throat, honey is an excellent soothing remedy for sore throats as well. Honey acts as an anti-inflammatory agent, along with killing off bacteria and viruses to get a sore throat under control.

“Honey is one of the best remedies for a sore throat due to its natural antibacterial properties that allows it to act as a wound healer, immediately offering relief for pain while working to reduce inflammation. Honey can also kill bacteria and help fight off viral infections,” explains a physician at Penn Urgent Care in Philadelphia.

Even the CDC and the World Health Organization recommend honey to relieve sore throats for adults and children at least 1 year of age or older.

Note: Children younger than 1 year should not have honey due to the risk of infant botulism.

Honey is considered a ‘humectant’, which means that it attracts moisture from the surrounding air and helps your skin hold moisture better. And, since it has antibacterial and antiviral qualities, it can also help to fight acne, heal blemishes, stop redness, and even help herpes sores heal faster.

You can help your skin become glowing and soft by massaging a half teaspoon or so of honey into your face. Leave on your skin about 10 minutes and then rinse off.

Honey can help your hair look more shiny and less frizzy. Add honey to hair in the shower after your shampoo. Let it soak in a few minutes, then rinse. You can also help your hair look shinier by adding a teaspoon of honey to a quart of water. Rinse with the honey water after you’ve shampooed and dry your hair. Enjoy your shimmering tresses!

Speaking of all of the powerful health benefits of honey… My good friends at TheAlternativeDaily wanted to offer you a FREE copy of their new book, The Honey Phenomenon, which details dozens of ways to use honey to heal and revitalize your skin, hair, teeth, and even help improve your heart health, brain health, fight aging, and help with coughs or allergies too! It really is a miraculous substance.

Don’t miss your FREE copy of The Honey Phenomenon before they run out of copies.

Mike Geary has been a Certified Nutrition Specialist and Certified Personal Trainer for over 15 years now. He has been studying nutrition and exercise for almost 25 years, ever since being a young teenager. Mike is originally from Pennsylvania, but has fallen in love with mountain life and now resides in the picturesque mountains of Utah. Mike is an avid adventurist and when he’s not spending his time skiing, mountain biking, hiking, or paddleboarding on the lake, he has enjoyed skydiving, whitewater rafting, piloting an Italian fighter plane (seriously), scuba diving, heli-skiing, and traveling all around the world, enjoying learning about different cultures. At the age of 40, Mike now feels healthier, stronger, and more energetic than when he was 20... All because of a healthy lifestyle and great nutrition!
Previous Drink THIS for Lower Blood Pressure!
Next The Truth About Non-Stick Pans