Cilantro: 7+ Reasons to Love this Super-Herb for Your Health 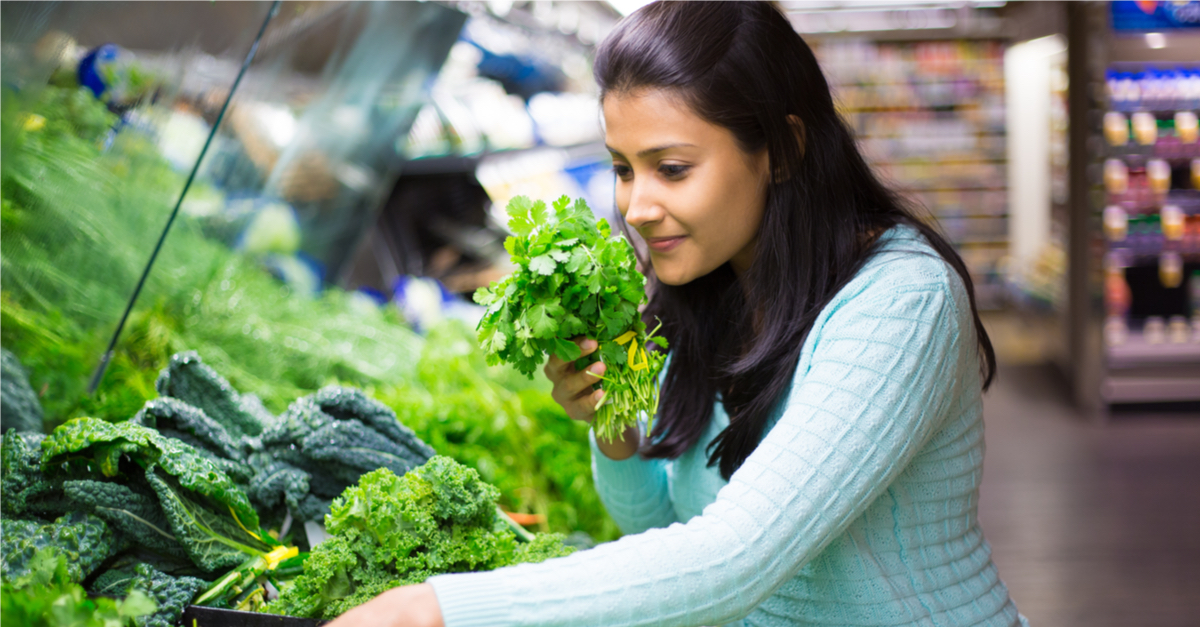 Cilantro is known as Chinese parsley, and also coriander, although typically Cilantro refers to the leaves and stems of this plant and Coriander refers to the seeds of the plant, but in many places these names are used interchangeably. Cilantro looks a lot like parsley, but it has a definite lemony-green distinctive flavor that many people either like or hate.

Delicious Added to Most Anything

Cilantro is used worldwide in many ethnic dishes including Indian, Mexican, Thai, Mediterranean, Middle Eastern and more. Remains of cilantro have actually been found in ancient caves in Israel and thought to be in use over 8,000 years ago. And for good reason—cilantro has been used medicinally to cleanse and detox the liver, stimulate digestive enzymes, help kidney function, soothe the skin, balance blood sugar and increase mental powers.

Like many green leafy herbs, it is loaded with phytonutrients, vitamins, minerals and anti-inflammatory compounds. It is also full of vitamins A, C, E, K, calcium, iron, magnesium and potassium. Add this delicious herb to smoothies, soups, stews, guacamole, salads, and yummy ethnic dishes. There are some sound reasons to LOVE it!

One of the unique properties of cilantro has been its ability to detox the body of heavy metals like mercury, aluminum, arsenic and lead. Many of these metals are cumulative and can build up and be stored in the body, due to their presence in fish, drinking water, and environmental pollution. Cilantro contains a substance that binds to toxic metals and carries them out of our body. One good reason to add cilantro to your fish—especially tuna and other fish higher up on the food chain—besides its taste!

Cilantro is also widely known as the “Anti-diabetic” plant, helping to lower blood sugar, improve insulin sensitivity and improve lipid levels (triglycerides).  One study on rats showed treatment with 200mg of coriander seed significantly increased insulin secreting beta cells (in the pancreas). In another study published in the Journal of Food Sciences, cilantro has been shown to support healthy liver function and balance blood sugar.  Some researchers actually believe that cilantro can actually become a remedy for diabetes, when eaten on a regular basis, and in combination with an overall healthy diet.

Cilantro can also help calm your nerves, relieve anxiety, relax your body and improve sleep. A study published in the Indian Journal of Pharmacology shows the cilantro extract can produce the same anti-anxiety effects as Valium—without the harmful side effects. To get these natural sedative effects, however you would have to eat a fairly large quantity of cilantro, which might not always be realistic.

Fight food poisoning with a generous amount of cilantro. Cilantro contains an antibacterial compound that fights salmonella, dysentery, cholera, and listeria–foodborne pathogens that can cause severe illness, vomiting and diarrhea. A study from Journal of Agriculture and Food Chemistry identified a potent compound called dodecenal, which shows it is as effective as the antibiotic gentamicin at stopping these pathogens.

Research published in the International Journal of Food Microbiology studied dill, coriander, and eucalyptus, and cilantro was found to be the most effective—especially against listeria and salmonella. This may be one of the reasons that many ethnic foods have used plentiful amounts of cilantro in their dishes. Besides this one compound, eight other antibiotic-type compounds have been identified in cilantro as well. So remember to add copious amounts of cilantro to most any dish, to protect yourself from food-borne pathogens.

Cilantro and coriander are also valuable as digestive support to prevent nausea, gas, bloating, stop indigestion, and ease stomach aches and cramping. Cilantro stimulates release of digestive enzymes, helping to create more efficient digestion, as well as better assimilation of the nutrients in the foods eaten. In fact, if you love hot spicy foods, adding a generous handful of cilantro to your favorite dish can help alleviate the indigestion and heartburn that often accompanies these foods. Cilantro and coriander also help decrease the symptoms of irritable bowel syndrome and the bloating, gas and constipation discomfort that comes with it.

Protect Yourself From Heart Disease

Researchers found that cilantro lowers total cholesterol and triglycerides in the body. And high triglycerides can be transformed into LDL (the harmful cholesterol). Cilantro can actually help to dissolve cholesterol buildup in the blood vessels, which of course protects against heart disease and strokes.

Cilantro is also highly protective against colon cancer, helps to prevent urinary tract infections, supports healthy and regular menstrual cycles, soothes hives and poison ivy, and calms the immune system. And the vitamin K in cilantro is good for bones, teeth and hair as well.

Cilantro is best eaten raw, because it not only tastes best this way, but it also loses its powerful benefits when heated. Add as a garnish for cooked dishes or throw in generous amounts in uncooked dishes such as guacamole, gazpacho, salsa, smoothies, etc.

Try this delicious cilantro coleslaw recipe from Dr. Josh Axe—and be sure to add generous amounts of cilantro!

This fresh coleslaw recipe comes together quickly, and is brightened with the addition of cilantro. Cabbage, one of the cancer fighting cruciferous vegetables, is packed with fiber, and other nutrients that aid in digestion, aided by the fresh cilantro. Enjoy alongside grilled wild salmon, roasted chicken, or grass fed beef burger.

Directions:
Shave the cabbage into thin ribbons. Cut the scallions lengthwise into long strands, similar to the cabbage. Combine the cabbage, scallions, and cilantro in a bowl and toss. Mix the mayo, honey and lime juice well. Season to taste with sea salt and black pepper. Toss with cabbage mixture, and enjoy.

Here’s another fun recipe to try that contains cilantro:

And here’s another article from my friends at The Alternative Daily with more reasons to eat cilantro:

Mike Geary has been a Certified Nutrition Specialist and Certified Personal Trainer for over 15 years now. He has been studying nutrition and exercise for almost 25 years, ever since being a young teenager. Mike is originally from Pennsylvania, but has fallen in love with mountain life and now resides in the picturesque mountains of Utah. Mike is an avid adventurist and when he’s not spending his time skiing, mountain biking, hiking, or paddleboarding on the lake, he has enjoyed skydiving, whitewater rafting, piloting an Italian fighter plane (seriously), scuba diving, heli-skiing, and traveling all around the world, enjoying learning about different cultures. At the age of 40, Mike now feels healthier, stronger, and more energetic than when he was 20... All because of a healthy lifestyle and great nutrition!
Previous The Truth about Watermelons…and Benefits
Next Five Good Reasons to Eat More Cherries (Plus a Healthy Cherry-Infusion Cocktail Recipe!)