The Problem with Tomatoes (There’s good and bad) 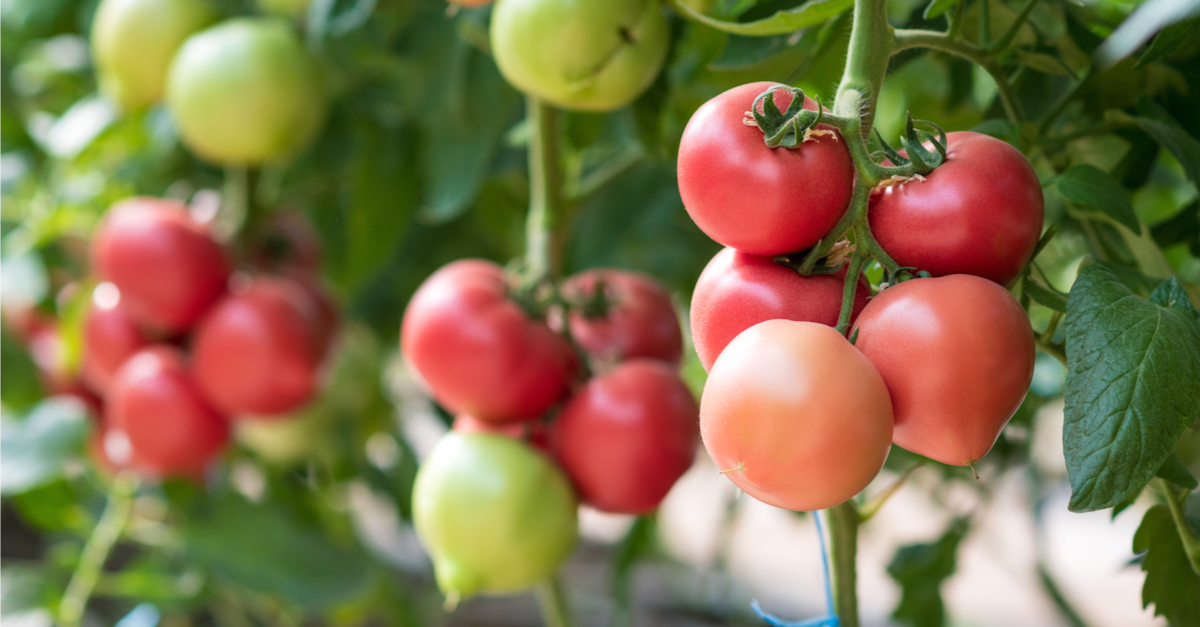 Here in Colorado, we have short growing seasons, and our backyard crop of tomatoes is winding down, but finishing with a bang. We have been picking oodles of gorgeous big, luscious ripe heritage tomatoes, and have so many it’s hard to know what to do with them all!

Tomatoes are considered a health food in most circles; known for having rich supplies of anti-oxidants like lycopene, beta-carotene, folate, potassium, vitamin C, other flavonoids, as well as other nutrients. Tomatoes are most famous for their copious amounts of lycopene, which is well-known as a cancer-fighting substance—especially prostate cancer in men. Lycopene has also been scientifically shown to stop or slow cancerous tumor growth as well, helping to fight against lung, stomach, colon, oral, breast, and cervical cancers as well.

Tomatoes contain other antioxidants as well including zera-carotene, phytoene and phytofluene, that fight inflammation and diseases like heart disease, cancer, diabetes, arthritis and dementia. Their powerful antioxidants also protect against high blood pressure, and help to lower cholesterol, as well as improving blood vessel health.

Tomatoes also protect against macular degeneration, one of the leading causes of blindness in elderly people. The generous amount of vitamin C in tomatoes slows down aging, and keeps skin looking young and wrinkle-free, as well as offering nutrients that protect and help rebuild strong bones.

All sounds great, right? But can tomatoes be bad for you in any way?

Well it depends on the amount of tomatoes you eat, and whether you are sensitive to nightshades. Although tomatoes come loaded with beneficial nutrients, keep in mind that they are a nightshade vegetable that can aggravate health conditions for some people.

Many credible medical establishments, including the Cleveland Clinic, encourage avoidance of nightshades to relieve arthritis pain and other inflammatory diseases. This study shows a positive relationship between the elimination of nightshades and an improvement in arthritis symptoms.

If you already struggle with food sensitivities or allergies, or have any type of inflammatory or autoimmune disease, you should definitely pay attention to nightshades. Symptoms include joint pain or swelling, digestive issues, heartburn, irritable bowels, or any red or inflamed areas of the skin. Some nightshades can even exacerbate asthma and breathing difficulties as well.

Nightshades are a group of plants that are a part of the Solanceae family. Many nightshades are very common—in fact, most of us eat them every day. Tomatoes are a nightshade. The major plants that we eat most of that are in the nightshade family include tomatoes, potatoes, peppers, and eggplant.  There are several others as well, but they are generally not consumed in large amounts by most people.  The 4 listed above are the nightshades most eaten in large quantities.

Nightshades are known to cause a type of inflammation through a compound called “solanine” which can irritate the digestive tract, and even cause breakdown in red blood cells. Nightshades can cause worsening of arthritis in many people, as well as exacerbating irritable bowel syndrome, heartburn, acid reflux, and other GI issues. Solanine is primarily found in potatoes, while the tomato version of this is called “tomatine”.

This alkaloid is concentrated in the green portions of the plant. While you wouldn’t eat the green leafy part of a tomato, green tomatoes, as in ‘fried green tomatoes’ contain more concentrated tomatine amounts. Tomatine and solanine alkaloids can irritate the gastrointestinal system and even affect brain neurotransmitters like acetylcholine.

Tomatoes can also worsen acid reflux and heartburn conditions in many people and the seeds can be very harmful to those who are prone to diverticulitis (an inflammatory disease of the large intestine).

So while tomatoes can have a lot of health benefits if eaten in moderate quantities, if you happen to have joint pain, arthritis or heartburn, it may be worthwhile to lay off them and the rest of the nightshade family for a month or so to see if they are causing a problem for you, or worsening your symptoms. However, the nightshade family includes a lot of relatives, so its important be sure to include all of them if you are going to avoid them. These include:

Mike’s Note:  To add on to Catherine’s comments, I’d like to add that I think the main harm from nightshades can come from over-consuming them on a regular basis year round… If you think about it, part of studying Paleo principles of nutrition are that many foods would have only been eaten seasonally by our ancestors, and not continuously year-round.

My personal theory on nightshades is that they have good compounds AND bad compounds in them, but our ancestors probably only ate them for 2-3 months of the year, and not 12 months of the year.  Therefore, it’s not that tomatoes, peppers, and potatoes are bad for us entirely…they’re actually good for us in many ways… But, they’re probably best cycled in and out of our diet, or only eaten once or twice a week as opposed to every single day.  That way, you benefit from some of the good nutrients in them, but without over-doing the bad compounds that nightshades can contain.

Once again though, if you have Arthritis, severe digestive disorders, or an autoimmune disease, it’s best to avoid nightshades most of the time, or at least for a certain time period to see if they are affecting you negatively.

Mike Geary has been a Certified Nutrition Specialist and Certified Personal Trainer for over 15 years now. He has been studying nutrition and exercise for almost 25 years, ever since being a young teenager. Mike is originally from Pennsylvania, but has fallen in love with mountain life and now resides in the picturesque mountains of Utah. Mike is an avid adventurist and when he’s not spending his time skiing, mountain biking, hiking, or paddleboarding on the lake, he has enjoyed skydiving, whitewater rafting, piloting an Italian fighter plane (seriously), scuba diving, heli-skiing, and traveling all around the world, enjoying learning about different cultures. At the age of 40, Mike now feels healthier, stronger, and more energetic than when he was 20... All because of a healthy lifestyle and great nutrition!
Previous 9 Sneaky Symptoms of High Blood Sugar
Next The BLT Salad (Perfect low-carb & Keto-friendly meal)