The TRUTH About Gluten 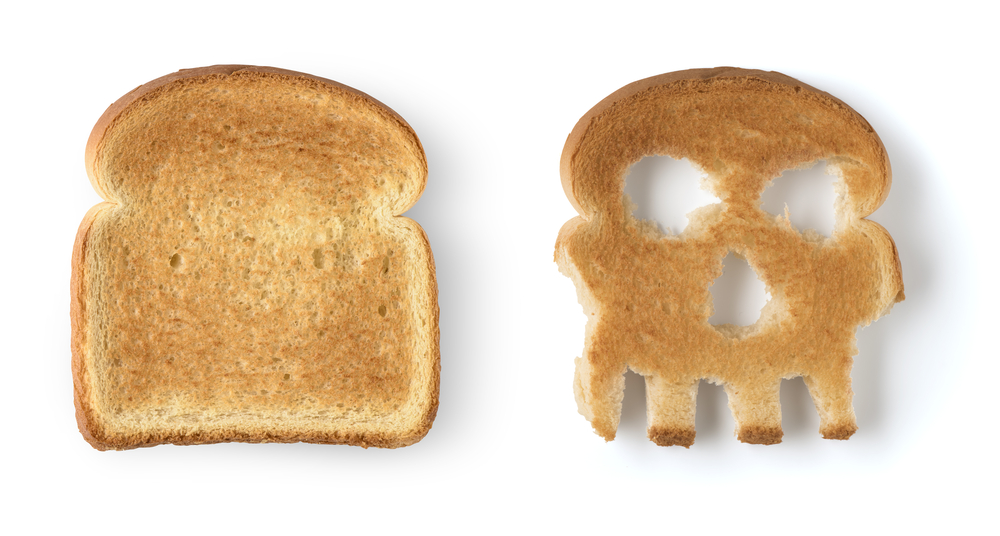 There’s a LOT of confusion out there these days about whether gluten is a real hazard to your health or not. Even many news reporters on popular national TV shows have frequently shown the story from 2 totally opposite sides of the spectrum, highlighting some experts that say gluten only negatively affects a small % of the population that is officially “gluten-sensitive” or people that have Celiac disease, while highlighting other experts that say gluten is affecting a very LARGE portion of the population with various inflammation and auto-immune related health problems that most people don’t realize.

So I’m bringing in one of the experts that I’ve found on this topic, to clarify exactly how gluten could be affecting YOU… did you know that gluten could possibly be causing “tiny holes” to form in your intestines (aka, leaky gut) from the chronic inflammation that gluten can cause… and can also be causing nutrient deficiencies from damage to specialized cells in your intestines that control nutrient absorption.

The TRUTH about Gluten

One of the most common objections I get from people when I mention about the benefits of going gluten-free or grain-free is, “Well, yeah, I would cut it out – but I don’t have a problem with gluten.”

While this may be true for a small percentage of the population, more studies are showing that even those of us who think we “don’t have a problem with gluten,” are actually experiencing life-depleting side effects from eating it – but we just don’t know it.

It’s not that these symptoms are hidden necessarily (though sometimes patients with celiac disease have no visible symptoms right after they eat gluten) – more often we blame our symptoms on something else, and we forget to consider gluten as the source of the problem.

The Secret Ways Gluten Is Hurting You

>> Responses to the ingestion of wheat can be divided into three types… Let’s start with some basics. There’s a difference between being “allergic” to gluten, having celiac disease, and just being gluten sensitive.

Allergic responses like skin rashes and breathing problems appear to be related to a variety of wheat proteins. Studies done with purified wheat proteins that tracked specific autoimmune antibodies in patients’ blood showed that 60% had antibody responses to α-gliadins and β-gliadins, 55% to γ-gliadins, 48% to ω-gliadins.

On the other hand, certain wheat reactions, like WDEIA or “Wheat Dependent Exercise Induced Anaphylaxis” (a tongue twister, I know!) are syndromes that are known to be caused by a specific type of grain protein, ω5-gliadins.

>> Celiac Disease is 4 times more common today than it was 50 years ago.

Doctors and scientists are seeing that the popularity of gluten free diets isn’t just a fad – the actual number of people with a real autoimmune response to gluten is going up. An autoimmune response is more serious than an intolerance because this response causes your body to begin to attack its own cells. An intolerance or sensitivity to gluten is less severe and is more like your reaction to a cold or parasite, which attacks the “invader” but not your body.

This increase in celiac disease is likely due to a combination of the constant experimenting and hybridization of the wheat plant in an attempt to increase growth rate and the amount of grain each plant grows. There’s also the fact that wheat and flour based products now make up a large majority of the average person’s diet (even in countries like China where rice was a staple, wheat-based products are beginning to take over and instances of gluten-related illness are beginning to rise).

Also, because there are no testing measures in place to determine if these newly developed “franken-grains” are safe for human consumption (or if the newly created plants present any side effects when eaten by humans), we’re being served something called “wheat” that’s actually a far cry from the original plant that our grandparents knew and loved.

>> As many as 29% of us may have a gluten allergy or intolerance and do not know about it.

In a study published in 2007, researchers took gut biopsies from celiac patients as well as patients with no gluten-related symptoms. Five out of six of the patients “without symptoms” showed inflammatory autoimmune blood proteins when they were exposed to gliadin (a component of gluten).

Similar studies done on populations in the UK and Germany showed that when tested, 3 times more people were sensitive to gluten than they originally thought.

These “autoimmune blood proteins” are markers that tell the body to create a system-wide inflammation response (especially in our intestines). This happens for two reasons: One, it helps our body get rid of the offending gluten as quickly as possible; And two,  it sends us a painful message telling us not to eat that food again.

This full-body inflammation creates stress in our digestive tract and can lead to tiny holes in our intestines (known as “leaky gut syndrome”) that allow small particles of undigested food to pass into our bloodstream. This causes even more inflammation throughout the body. This inflammation also kills the specialized cells in your intestines that are designed to absorb nutrients, which can lead to malnourishment and “nutrient starvation” – even if you’re overweight.

It’s even been thought by some researchers that for every 1 person with celiac disease (an estimated 1.8 million Americans) there could be at least six or seven people with “non-celiac gluten sensitivity”. This means that gluten sensitivity may affect upwards of 10-12% of the general population (that’s another 10.8 – 12.6 million people!).

Eating Gluten Can Lead To Other Allergies

>> Gluten sensitivity can also cause dairy intolerance. This is because the enzyme we need to digest the milk sugar lactose (an enzyme called “lactase”) is created by the cells in our small intestine, and these cells can be killed by inflammation caused by eating too much gluten.

>> Lastly, celiac disease is determined by the number of antibody markers found in your stool or blood. The benchmark for beginning to diagnose celiac disease using a blood test is an antibody count of 30+. If you meet this number or higher you are likely to be diagnosed with celiac disease. If you score even 1 point below this number, you technically don’t have celiac – but you will definitely still feel all the painful effects of gluten.

NOTE: Having a high inflammatory blood protein count doesn’t always mean you have Celiac, so it’s best to consult your doctor and participate in a panel of tests before diagnosing yourself.

The Effects Add Up…

Your reaction to gluten may not be strong enough to worry you. A little bit of bloating here, mild swelling in the joints there – no big deal, just a little embarrassing… right?  Wrong.

Over a period of time (let’s say a few years) low levels of inflammation in the body start to add up. Even if you don’t experience any immediate negative effects from eating gluten (or your reactions are “tolerable”), you could be doing long term damage to your body.

For example, remember that this inflammation may be killing off the cells in your small intestine that are designed to absorb nutrients, which can leave you both fat and starving. And chronic inflammation anywhere in the body has full-body effects — chronic inflammation has even been linked to terminal illnesses like cancer and heart disease. Every bite counts.

Mike’s Note:  Did you know that traditional grain-based bread contains a compound that is the #1 greatest danger in your diet.

And if that’s not enough…

The great news is that you can still have your BREAD… and be well too!

Discover the secret to the world’s healthiest bread… a secret that took my good friend Kelley Herring 10 years to master!

Here’s to enjoying delicious bread again, while simultaneously putting your body in a fat-burning state (win-win!)… This is PERFECT for diabetics too, since this special type of bread has almost ZERO impact on blood sugar.

Can you HEAL gluten-damaged intestines?

A couple things on this…

1.  It’s also well known that Kefir (kefir is generally more powerful than yogurt in terms of both probiotic quantity and variety of strains) can have a powerful healing effect on the digestive system when used regularly because of the unique probiotics.  Kefir is also generally 99% lactose-free since the microbes consume most of the lactose in the fermentation process, making kefir one of the easiest to digest dairy products.

2. Lastly, on this same topic, if you’re not yet convinced of some of the potential health detriments to eating wheat and gluten, make sure you’ve also read this article:

11 Ways that “whole wheat” can damage your body

Mike Geary has been a Certified Nutrition Specialist and Certified Personal Trainer for over 15 years now. He has been studying nutrition and exercise for almost 25 years, ever since being a young teenager. Mike is originally from Pennsylvania, but has fallen in love with mountain life and now resides in the picturesque mountains of Utah. Mike is an avid adventurist and when he’s not spending his time skiing, mountain biking, hiking, or paddleboarding on the lake, he has enjoyed skydiving, whitewater rafting, piloting an Italian fighter plane (seriously), scuba diving, heli-skiing, and traveling all around the world, enjoying learning about different cultures. At the age of 40, Mike now feels healthier, stronger, and more energetic than when he was 20... All because of a healthy lifestyle and great nutrition!
Next This Artificial Sweetener is Promoted as “healthy”, but Can Damage Your Gut and Disrupt Your Microbiome