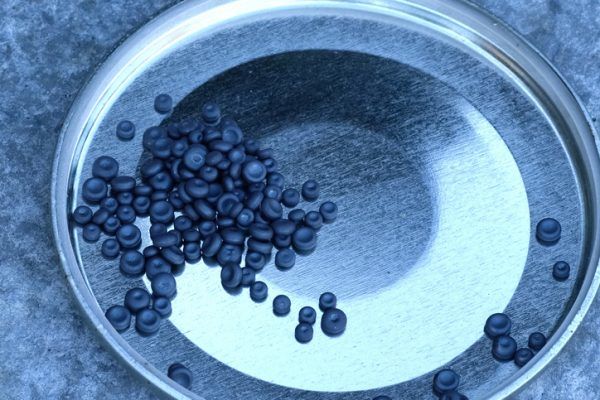 We often hear of the benefits of magnesium—and there are many. But minerals tend to be an underestimated necessity for optimal health. In fact, certain minerals are called “essential” for our health, and selenium is one of those.

Selenium is considered a trace mineral; one that doesn’t require large doses to make a difference, but yet it is essential for optimal health. Selenium pairs up with vitamin E to become a even more powerful antioxidant in the body. It is also vital to the thyroid gland and proper thyroid function. It works alongside vitamin C, helping to protect the body’s immune system, and is a powerful antioxidant to help create the master antioxidant called glutathione.

Let’s take a look at some of the scientifically proven ways that this powerful mineral protects your health.

Selenium works with iodine to protect and maintain proper functioning of the thyroid hormone, which governs metabolism, including fat-burning, in the body. Your body utilizes two primary types of thyroid hormone, T3 and T4. The body must convert T4 into the more usable form of T3 in order to put it to use.

The thyroid gland contains the largest amount of selenium in our bodies and it is essential for the thyroid gland to produce T3. When your body runs low on selenium, it cannot convert T4 into T3, which can lead to a condition of low thyroid or hypothyroidism. Hypothyroidism is characterized by weight gain, loss of energy, loss of hair, puffiness, poor digestion and sometimes anemia. Supplementing with selenium can help reverse or lessen the effects of hypothyroid symptoms and bring the thyroid back into healthy status.

Increasing selenium will slow down the anti-thyroid activity of the immune system and help it to function more normally. Selenium also helps with thyroid disease such as Graves’ disease. Additionally, studies show that selenium supplements also benefit people diagnosed with Hashimoto’s disease.

Antioxidants are those powerful compounds in foods that fight disease, helping us stay young, protecting our DNA, and fighting free radicals in our bodies. Free radicals are those harmful byproducts of normal living that comes from excess inflammation, stress, toxins and a poor diet.

Too much oxidative stress can lead to diseases like heart disease, strokes, cancer, Alzheimer’s and early aging. Many foods contain high levels of antioxidants, but foods and supplements with selenium work best to combat oxidative stress and protect the body.

Even in trace amounts, selenium wields amazing power preventing and fighting cancer. There is a strong correlation between levels of selenium in the blood and the risk of certain cancers. This is thought to be because selenium helps with our cells’ ability to repair DNA. When DNA is damaged, normal cells do not reproduce properly, and cancer cells may appear instead.

One article that appeared in a prominent cancer journal stated that “the possible benefits of selenium in humans is supported by extensive literature … indicating that low, non-toxic levels of selenium can protect against cancer.”

This review of multiple studies on selenium found that having higher blood levels of selenium protected well against breast, lung, colon and prostate cancers. Antioxidants are one of the best types of weapons to use against cancer, and since selenium is such a serious antioxidant, it stands to reason that it is an extremely valuable tool to fight cancer.

Most studies, however, show that eating foods high in selenium is more helpful to fight cancer than just taking a selenium supplement. This may be due to the fact that selenium’s effect is magnified when consumed with other disease-fighting nutrients.

A diet rich in selenium may prevent heart disease, as studies show that low selenium levels have been linked to an increased risk of heart attacks and strokes. In this analysis of 25 observational studies, increasing selenium levels by 50% was corelated with a 24% reduction in heart disease.

Heart disease is associated with high levels of inflammation which causes plaque to build up in the blood vessels as a result. Selenium lowers inflammation in the body which helps lower the chances of plaque buildup and blood clots that can lead to strokes and heart attacks. Selenium’s powerful antioxidant capability and its ability to lessen oxidative damage also protect against the buildup of plaque in blood vessels which contribute to heart disease and strokes.

C-Reactive Protein or CRP, is an inflammatory marker in the body that usually signals the potential for heart disease. 16 different studies on over 400,000 people with heart disease showed that taking selenium supplements decreased CRP, and therefore significantly reduced heart disease and strokes as well.

Incorporating selenium-rich foods into your diet is a great way to keep levels of oxidative stress and inflammation to a minimum.

5. Powers up the Immune System

Our immune systems perform a variety of life-preserving functions such as fighting off dangerous bacteria, viruses, and fungi. Our immune systems also fight infection and help to heal wounds on the body as well. When the immune system goes awry, it can become overactive and attack the body. This becomes autoimmune disease, which can manifest in various systems.

A selenium deficiency slows the immune response to fighting infections. Patients who are fighting more serious infections such as influenza A, tuberculosis and hepatitis C can also benefit from selenium supplements.

Asthma is an inflammatory response to allergens and other types of inflammatory agents, including those in the diet and the environment. When bronchial tubes become inflamed, they can constrict or spasm causing coughing, wheezing, and extreme shortness of breath. This can become a life-threatening condition.

Normal medical treatment for asthma is corticosteroids in the form of inhalers to dampen the inflammatory response and to help ease up airways. Steroid treatment has many unpleasant side effects and long term use is not good for health.

Since asthma is associated with high levels of oxidative stress and inflammation, selenium helps to lessen these symptoms and help the asthmatic person breathe more easily.

This study showed that asthmatic patients with higher levels of selenium in the blood had better lung function than those with lower levels. Patients given 200mcg of selenium a day were able to reduce their usage of steroid medications to help with their breathing.

Selenium has been thought to increase testosterone in males, but a study published in The Journal of Urology looked at the effects of selenium supplementation on testosterone levels in infertile males.

While the selenium supplementation had little effect on testosterone levels, it did increase sperm motility and blood flow, two important components for conception. Selenium is found in the sperm mitochondria and can affect the behavior and proper function of sperm as they move through the vagina to fertilize an ovum.

For women, it’s thought that selenium can help to reduce the chances of miscarriage as well, but more research on this is still needed.

While low selenium levels cause problems with fertility, too high of levels of selenium can affect fertility as well, so it’s important to be sure to get the correct dosage, and don’t overdo it.

How Do you Know if You Need Selenium?

Selenium in food comes from the soil, and food levels depend on where your food is grown. People who are at great risk include those who do not eat many fresh vegetables, or who live in parts of China or Europe where there are low levels in the soil.

People who are undergoing kidney dialysis, or who have serious illnesses such as HIV may also need more selenium. Celiac disease, an autoimmune disease where the body’s immune system attacks the portion of the small intestine that assimilates nutrients are also at risk for selenium deficiency.

The best way to get selenium is from the food you eat. Foods that carry plentiful amounts of selenium include Brazil nuts (contain high levels of selenium so it only a few), halibut, yellow fin tuna, oysters, sunflower seeds, shiitake mushrooms, chicken, eggs, and sardines.

The current daily recommendation is 55 micrograms per day for adults and children over the age of four. Pregnant and nursing women need about 70 micrograms.

While selenium is an essential mineral, you only need small amounts of it. Intakes of selenium that are too high can be very harmful. Signs of too much selenium include hair and nail loss or brittleness, skin lesions or rashes, nausea, irritability and nervous system issues.

Also be careful with interactions with other medications and supplements including niacin, antacids, chemotherapy, steroids, statins and birth control pills. But these interactions mostly have to do with supplemental selenium not from food.

Mike Geary has been a Certified Nutrition Specialist and Certified Personal Trainer for over 15 years now. He has been studying nutrition and exercise for almost 25 years, ever since being a young teenager. Mike is originally from Pennsylvania, but has fallen in love with mountain life and now resides in the picturesque mountains of Utah. Mike is an avid adventurist and when he’s not spending his time skiing, mountain biking, hiking, or paddleboarding on the lake, he has enjoyed skydiving, whitewater rafting, piloting an Italian fighter plane (seriously), scuba diving, heli-skiing, and traveling all around the world, enjoying learning about different cultures. At the age of 40, Mike now feels healthier, stronger, and more energetic than when he was 20... All because of a healthy lifestyle and great nutrition!
Previous Turkey Bacon vs Real Bacon
Next Healthy Vegetable Soup Loaded with Antioxidants, Herbs and Spices

The Truth About Sunscreen

Why Hamburgers are the Perfect Food