Vitamin C and Your Immune System 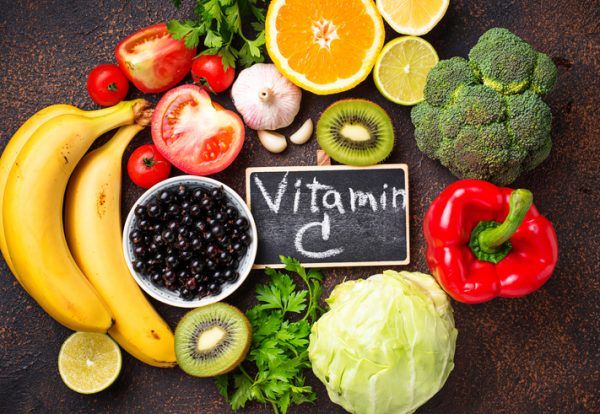 I have been taking Vitamin C to prevent colds and the flu since the 70’s, when Linus Pauling declared vitamin C’s ability to defeat the common cold. I have always thought it helped prevent or shorten any illness. Since then, it’s been a hotly debated subject as to how effective it actually is for preventing colds, and influenza. Personally, I am a believer.

Vitamin C is a very potent antioxidant that protects against free radicals that can lower your immunity, and increase the risk of chronic disease, as well as speed up the aging process.

Vitamin C does help the immune system protect against viral infections and other types of infections more efficiently. It does this by strengthening the function of our innate immune system, which is our first line of defense against bacteria and viruses—especially those we have never encountered before.

In addition, vitamin C also activates the adaptive immune system responses to increase levels of antibodies which attack specific types of germs, bacteria and viruses that the body has previously fought off.

One of the hallmark signs of vitamin C deficiency is a weakened immune system.  A study out of Switzerland found that getting adequate levels of vitamin C can help reduce the symptoms and duration of respiratory infections, such as the common cold, bronchitis, or sinusitis. And, when combined with zinc, more importantly, it can also prevent or improve outcomes of pneumonia, malaria and diarrhea infections as well.

Some of the most convincing evidence of vitamin C’s ability to fight respiratory infections comes from a large study of 29 randomized trials that included more than 11,000 participants. Researchers found that active athletes who exercised in cold weather cut their risk of respiratory infections in half by taking only 200mg of vitamin C a day. Taking just 200mg of vitamin C per day also reduced the duration of the cold and flu symptoms significantly, helping people return to work and their lives more quickly.

Vitamin C is also effective at both preventing cancer cells and stopping their spread. A study from Finland shows vitamin C’s ability to help prevent heart disease—people who took 700mg of vitamin C a day had a 25% lower chance of developing heart disease, as well as lowering both triglycerides and levels of (bad) LDL cholesterol.

Unfortunately, humans are one of the only species who cannot create vitamin C in their bodies. So we must get it from our diets and supplementation. Vitamin C is also water soluble, so it easily washes out of the body. If you want the benefits of vitamin C, you’ll need to consume it daily, and not just at the start of getting sick.
While high doses of vitamin C may be effective at helping with some health issues, most of the vitamin C over 400 mg may get washed out in the urine. High doses of vitamin C work best in divided doses throughout the day, otherwise, it may cause digestive upset and diarrhea.

A recent study published in Seminars in Preventive and Alternative Medicine looked at over 100 studies and found a growing list of benefits of vitamin C. Some of those health benefits include:

• Protecting against heart disease, high blood pressure and strokes
• Lowering bad cholesterol levels including LDL and triglycerides
• Helping prevent cataracts and macular degeneration
• Reducing aging by building up collagen that prevents wrinkles
• Protecting the kidneys, eyes and blood vessels of those with diabetes
• Enhancing the absorption of iron, preventing anemia
• Reducing histamine reactions, lessening the symptoms of allergies and inflammation
• Preventing seasickness
• Strengthening and helping repair tendons, ligaments, and cartilage in the body.

Since we don’t make vitamin C, it’s easy to become deficient in it. Some of the signs of low vitamin C include:

Because the vitamin C in foods is accompanied by a host of other healthy antioxidants and super nutrients, it’s best to eat foods with high vitamin C content. Some of the highest levels of vitamin C in foods include all forms of citrus fruits, kiwi, peppers—especially red peppers, papaya, strawberries, broccoli, tomatoes, kale, guava, and mango. But it’s easy to get plenty of healthful vitamin C just by choosing a wide variety of organic, brightly colored vegetables. Keep in mind that overcooking destroys the vitamin C, so cook lightly or eat raw.

However, you should probably still consider supplementing to achieve the optimal protective levels of vitamin C in your body. While high doses are generally safe, it is still important not to exceed the and upper limit of about 2,000 milligrams a day to avoid adverse digestive symptoms such as stomach upset and diarrhea.

Liposomal (or pro-liposomal) vitamin C is a brand new highly absorbable option for high-dose vitamin C. When you take the common form of ascorbic acid (vitamin C) only about 14-30% of it is actually absorbed in the body. And the absorption rate goes down, the higher the dosage. Dosage of standard forms of vitamin C are only about 200-1,000 mg/day but with liposomal vitamin C you can safely take 1000-2000mg a day and know it will all be absorbed.

This is where liposomal vitamin C has an advantage.

Liposomes are particular microscopic spheres that carry vitamin C at their core. Their absorption does not depend on vitamin C transporters, but rather on the direct fusion of the liposome with the small intestinal cells resulting in direct intracellular (inside the cells) release of the vitamin C and eventually into the blood circulation. Liposomal vitamin C has a substantially improved rate of absorption than conventional vitamin C supplements which further magnifies all the health benefits of vitamin C.

Experts agree that Vitamin C, in combination with a healthy lifestyle, can boost your immune system and help prevent colds and flu, or shorten the duration.

Mike Geary has been a Certified Nutrition Specialist and Certified Personal Trainer for over 15 years now. He has been studying nutrition and exercise for almost 25 years, ever since being a young teenager. Mike is originally from Pennsylvania, but has fallen in love with mountain life and now resides in the picturesque mountains of Utah. Mike is an avid adventurist and when he’s not spending his time skiing, mountain biking, hiking, or paddleboarding on the lake, he has enjoyed skydiving, whitewater rafting, piloting an Italian fighter plane (seriously), scuba diving, heli-skiing, and traveling all around the world, enjoying learning about different cultures. At the age of 40, Mike now feels healthier, stronger, and more energetic than when he was 20... All because of a healthy lifestyle and great nutrition!
Previous Vitamin-D and Immune Function
Next 11 Strange Signs That Your Liver Is In Trouble